Battle Police on the Western Front 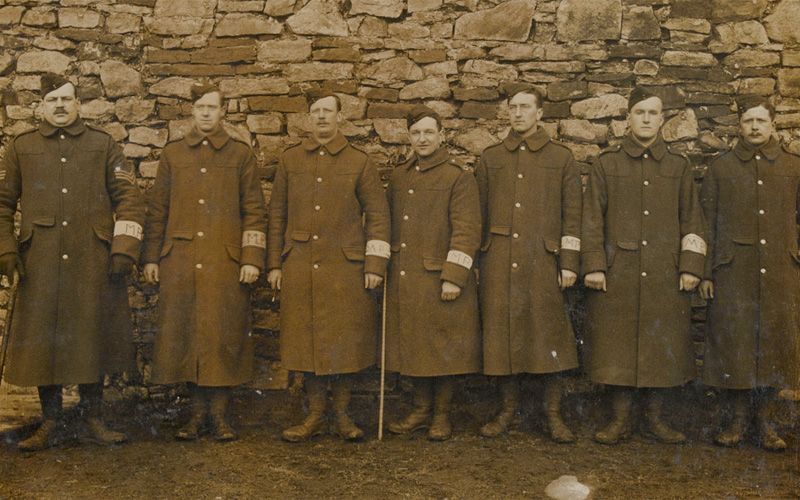 In this talk Colonel Jeremy Green OBE will examine the role played by the notorious ‘Battle Police’ during the First World War.

This talk is part of the National Army Museum’s regular Lunchtime Lectures series.

One of the most enduring and damning stories about Britain’s Military Police during the First World War is that they were stationed routinely in the rearward-most trenches on the Western Front in order to threaten, or to actually shoot, any soldier who refused to go ‘over the top’ when so ordered; the notorious ‘Battle Police’.

Even though there are few, if any, credible accounts of the killing of soldiers by these ‘Battle Police’, the notion of such apparently pitiless and unthinking agents of military authority lurking in the trenches, and embodied in the Military Police, still resonates and has entered the popular imagination as yet more evidence of the particular ‘horrors’ of the First World War.

Now, as the nation commemorates the centenary of that conflict, this received wisdom has gained something of a second wind. It is, therefore, timely and appropriate to ‘put the case for the defence’.

Entry to Lunchtime Lectures is free. However, places must be reserved in advance by contacting our customer services team on 020 7730 0717. Bookings will close three days ahead of each lecture.

Lunchtime Lectures are subject to change. Customers are advised to check the website closer to the date.