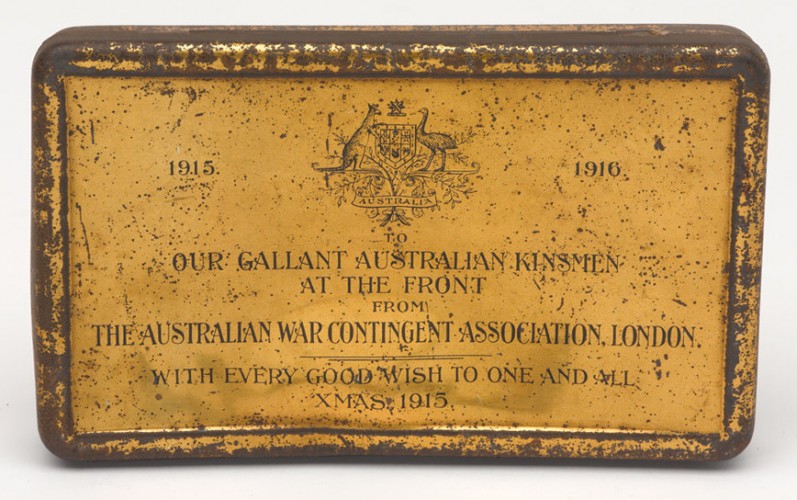 Christmas gift box sent to Australian troops at the front, 1915