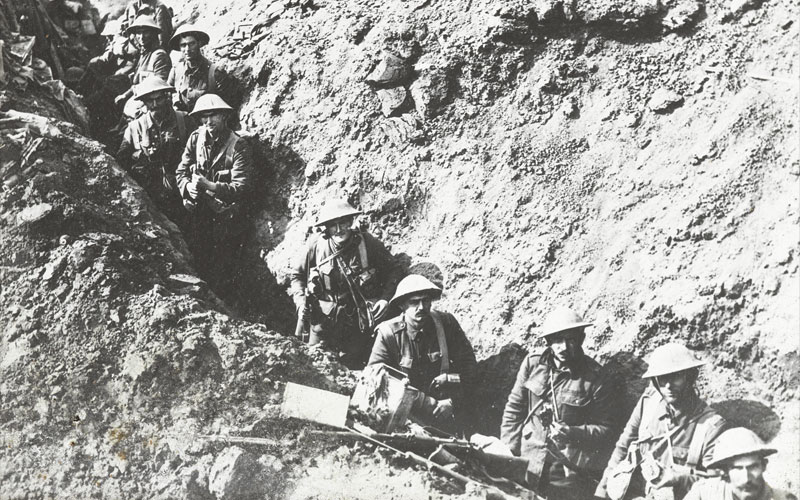 Waiting in the trenches near Flers, September 1916