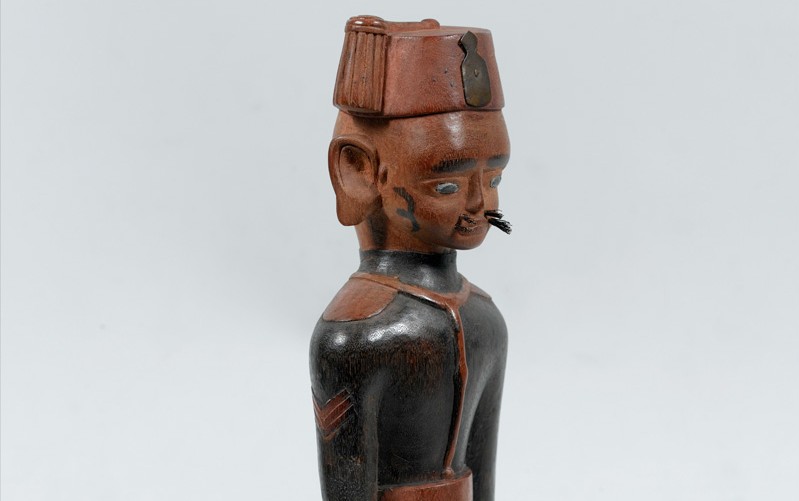 Carved figure of a sergeant of the King’s African Rifles, c1917