Pictures, Papers and Posters: Propaganda in the First World War 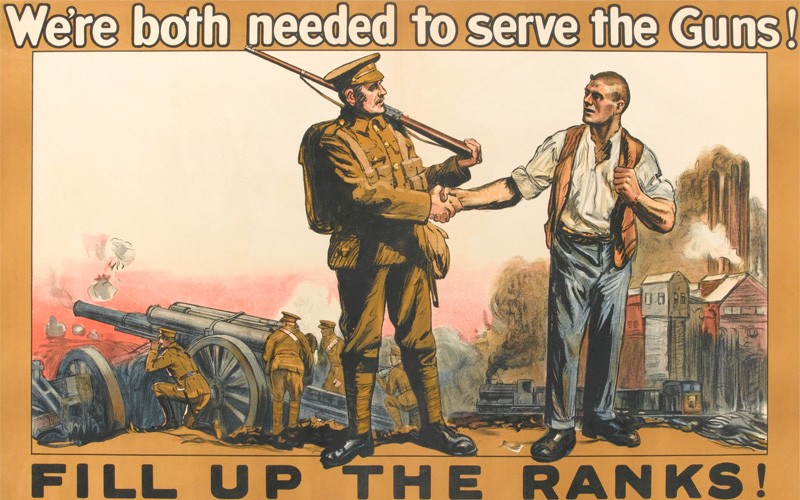 The First World War saw every government devote massive resources and effort into mobilising their populations and sustaining morale. To support the demands, governments deployed propaganda on a scale never seen before.

During the war, propaganda grew in sophistication, complexity and vehemence. It is no overstatement to say that the efforts of states to justify their actions, and to build international support, resulted in some of the most powerful propaganda ever produced. It was during this time that propaganda became as important a weapon of war as any other.

This talk will explore the form and purpose of the propaganda produced during the First World War. It will look at how traditional mediums such as print were deployed alongside the latest technology in cinema to cajole, persuade, enrage and sustain populations through four years of war.

This event is part of the National Army Museum’s regular Daytime Talks series.

Entry to Daytime Talks is free. However, places must be reserved in advance by contacting our customer services team on 020 7730 0717.

Events are subject to change. Please check the website closer to the date.