Does Your Country Have the Right To Make You Fight? 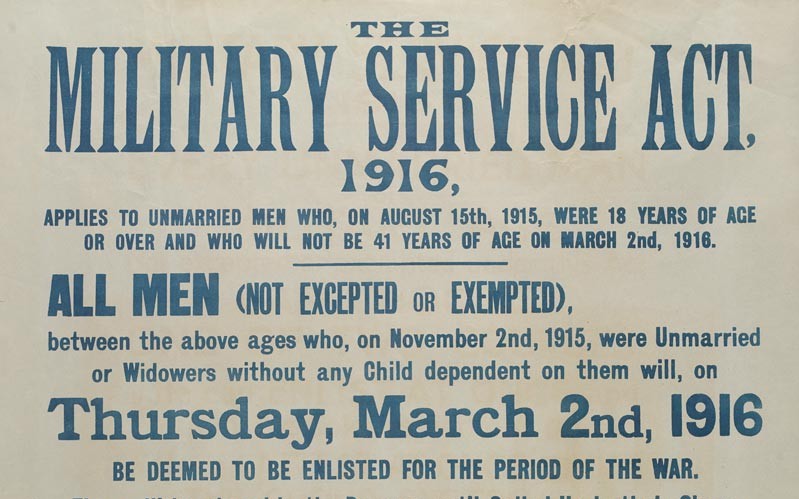 As part of Parliament Week 2016, we’re co-hosting a panel discussion bringing together historians and cross-party politicians to debate whether your country has the right to make you fight.

If Britain went to war today, would you join the fight? How would you feel if you didn’t have a choice?

People, both now and in the past, have had many reasons for joining the army – a sense of duty, adventure, patriotism, camaraderie, or simply for a career. But 100 years ago, and for the very first time, the British government introduced conscription, meaning young men had to fight for their country.

In partnership with Parliament Outreach, we’re bringing together historians and cross-party politicians to debate the question: does your country have the right to make you fight? The public event will be live-streamed on the National Army Museum’s Facebook page.

This free event is now FULLY BOOKED.
However you can still apply to go on the waiting list.

Does Your Country Have the Right To Make You Fight? - Portcullis House, London