The Story of Conscription

Does your country have the right to compel you to do military service? Discover how the UK government crossed that line for the very first time 100 years ago. 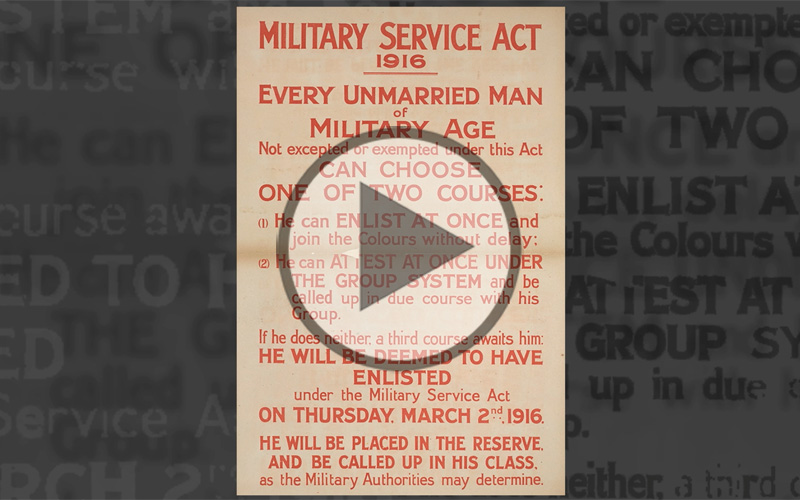 This video explores the story of conscription from its origins before the First World War, through National Service and beyond.

By the end of 1915, the number of volunteers for military service was dwindling. In March 1916, after much debate, the UK government changed the law. Outside Ireland, all UK citizens were now soldiers, precluded from call-up only by gender, age, physical fitness or occupation.

Compulsory military service of one form or another continued until 1960.