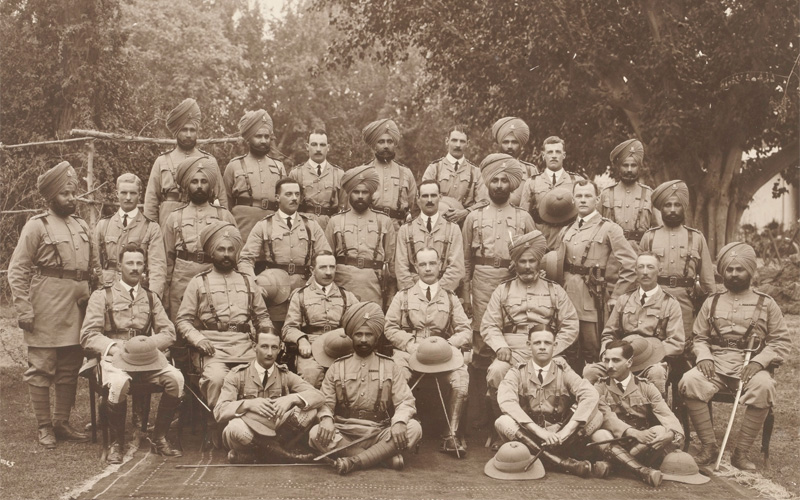 In October 1918, Indian medical officer Captain Heerajee Cursetjee was awarded the Distinguished Service Order for his bravery during the final stages of the campaign in Mesopotamia (now Iraq). This was a theatre of war in which the soldiers of the Indian Army played a vital role.

Following the British capture of Baghdad in March 1917, the Turks withdrew north and established their headquarters at Mosul. The British resumed their offensive in late February 1918. But this petered out in April, after they had to divert troops to support the operations in Palestine.

For the next few months, the British were content to consolidate their positions, and keep their forces trained and ready for action until the fighting against the Turks could be renewed. 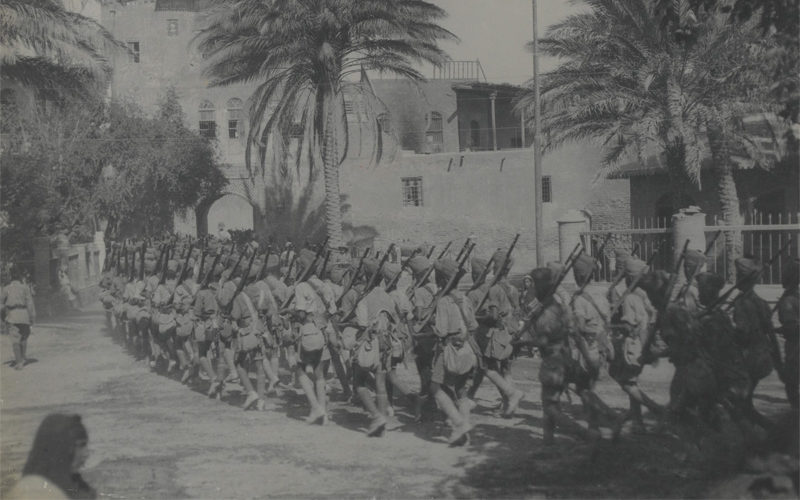 Following success in Palestine, armistice negotiations with the Turks began in Autumn 1918. However, the British attempted to strengthen their bargaining position in Mesopotamia by renewing their advance on the River Tigris. They also hoped to secure the oil-rich Mosul region.

An Anglo-Indian force, that included Cursetjee and the 14th King George’s Own Ferozepore Sikhs, left Baghdad on 23 October 1918 under the command of General Sir Alexander Cobbe. The following day, they reached the Little Zab River, where the Turkish 6th Army was deployed.

The Turkish commander, Ismail Hakki Bey, fearing his rear was about to be overrun, began withdrawing his troops towards Sharqat to the north. The British caught up with them just south of Mushak on the evening of 25 October.

On one part of the front, the 1st Highland Light Infantry attacked, but met stiff Turkish resistance. During the night, the 14th Sikhs were ordered to move up on their right and carry out a supporting attack at dawn. This was met with heavy machine-gun and artillery fire. The Sikhs suffered 67 killed and over 250 wounded.

During the next two days, Cursetjee and his fellow medics worked constantly under fire, and had to tend and evacuate the casualties of both the 14th Sikhs and Highland Light Infantry. 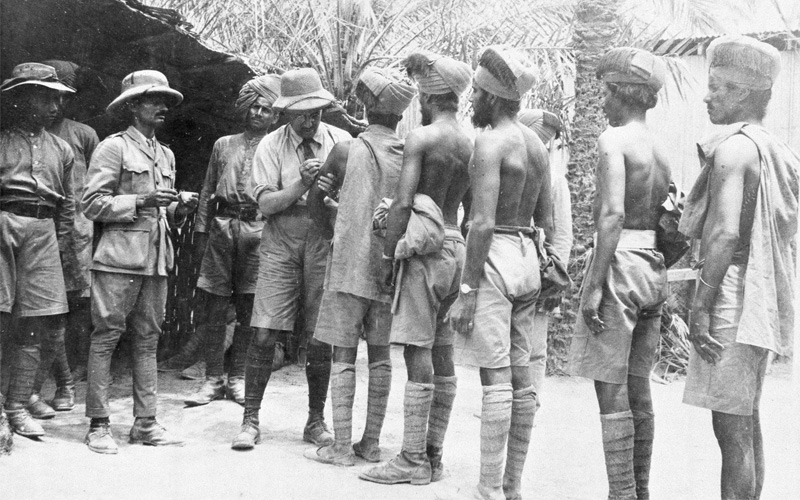 As the Turkish withdrawal continued, Cobbe attacked again on 29 October at Sharqat. Both the Highland Light Infantry and the 14th Sikhs advanced as part of 51st Brigade. But the neighbouring 34th Brigade was held up and the attack stalled. During this period of fighting, Cursetjee again regularly treated the wounded under fire.

Although British and Indian cavalry units had made some progress elsewhere, the attack looked likely to fail. But Ismail Hakki Bey, aware of the ongoing armistice talks at Mudros, decided to spare the lives of his men rather than continue to resist. He surrendered the following day. The British then advanced on Mosul, which they occupied on 14 November.

For his bravery during both engagements, Cursetjee was awarded the Distinguished Service Order (DSO). This British military decoration recognised ‘meritorious and distinguished service’ by officers. His citation in ‘The London Gazette’ of 26 May 1919 stated:

‘For conspicuous gallantry and devotion to duty at Mushaq, 26th-27th October and at Sharquat, 29th October. Throughout the operations he displayed the greatest zeal and disregard for danger while tending the wounded under heavy fire, working unceasingly for forty-eight hours. He has previously rendered excellent service, and once was severely wounded.’ 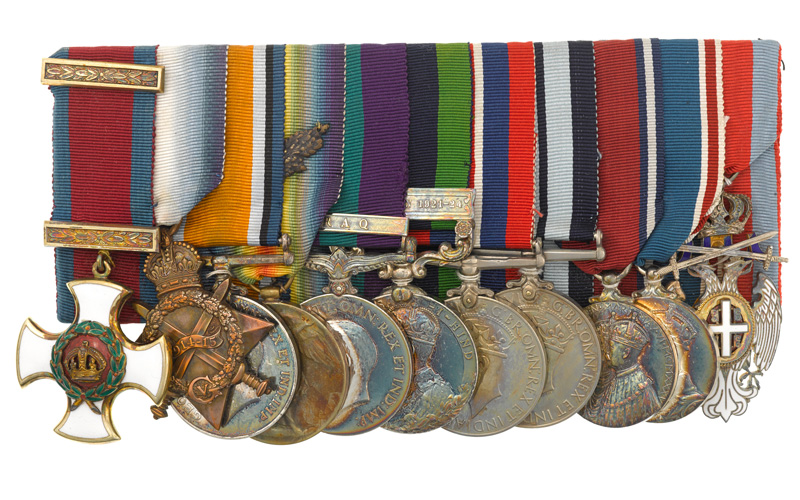 Heerajee Jehangir Manockjee Cursetjee (1885-1964) was born in Bombay, India, on 14 August 1885 to a prominent Parsi family. The Parsis were followers of the Zoroastrian faith, descendants of Persians who had migrated to India in the 7th century after the Islamic conquest of their homeland.

After a private schooling in India, Cursetjee travelled to England and studied medicine at Gonville and Caius College, Cambridge, and at The London Hospital (now known as The Royal London).

A keen polo player and hunter, he initially wanted to be a cavalry officer. But his small physique counted against him. Instead, he was commissioned as a lieutenant with the Indian Medical Service (IMS) on 27 January 1912, having obtained his Conjoint diploma the year before. 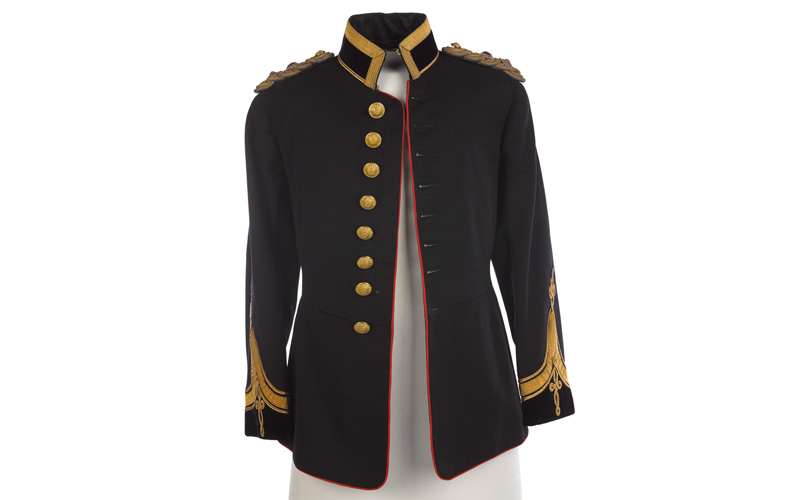 Cursetjee served as medical officer with the 14th King George’s Own Ferozepore Sikhs in Egypt during the defence of the Suez Canal in 1914-15. He was promoted to captain on 27 January 1915.

That same year, he also fought at Gallipoli, where his unit landed at ‘V’ Beach, Cape Helles, on 1 May 1915 with 29th Indian Brigade. He took part in the second and third battles for Krithia (May and June 1915) and was wounded by shell splinters on 28 June 1915, while attending to a private of the Royal Fusiliers.

Cursetjee was evacuated from the Dardanelles in December 1915. His regiment then served in Egypt and Bushire in Persia during 1916. That year, he also obtained his Bachelor of Medicine and Bachelor of Surgery degrees from Cambridge University.

In February 1917, the 14th Sikhs arrived at Basra in Mesopotamia. After several months guarding lines of communications, they moved on to garrison Baghdad and Falluja, before joining the final British advance. At this stage of the war, Indian troops were playing the leading role in the Mesopotamia campaign. By 1918, there were 304,000 Indian soldiers stationed there, as opposed to 107,000 British. 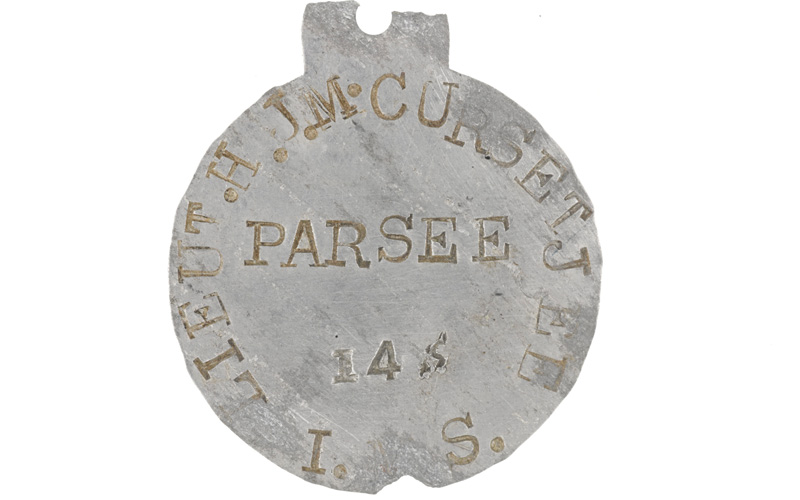 Cursetjee’s regiment remained in Mesopotamia until the end of the war. From 1919 until 1921, he served with them in Waziristan and the Khyber Pass on the North West Frontier of India. He was promoted to major in the IMS on 27 January 1924.

On 23 February 1941, Cursetjee was appointed an Honorary Surgeon to King George VI. On 12 July that year, he was also promoted to major-general, becoming one of the first Indians to achieve general officer rank in the British Indian Army.

During the Second World War (1939-45), the IMS was integrated with the Indian Army Medical Corps. Cursetjee was soon appointed Deputy Director of Medical Services, Northern Command. He transferred to the North-Western Command in the same role in April 1942. 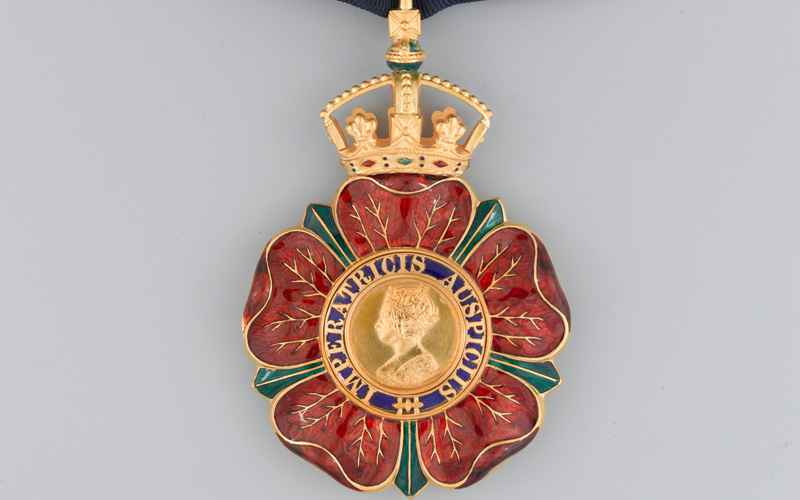 As well as the DSO, Cursetjee was awarded:

Cursetjee finally retired on 1 June 1946, later settling in Tetbury, Gloucestershire. He died in a car accident on 26 July 1964. 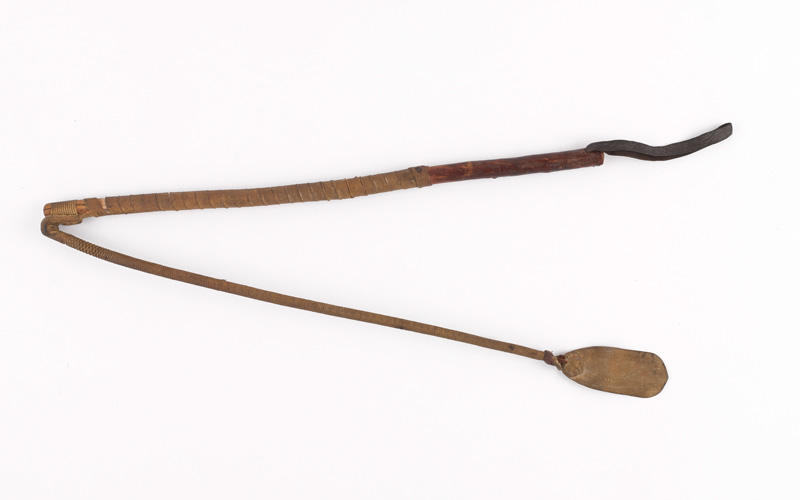 Riding whip taken from a Turkish prisoner by Captain Heerajee Cursetjee in Egypt, 1915 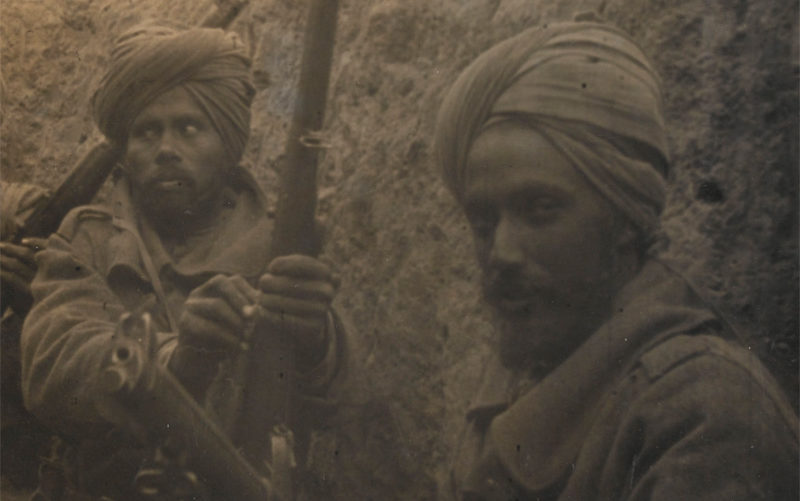 Men of the 14th King George's Own Ferozepore Sikhs at Gallipoli, 1915