An interpreter in the uniform and kit of August 1914 discusses the British Army's iconic weapon, the SMLE rifle. 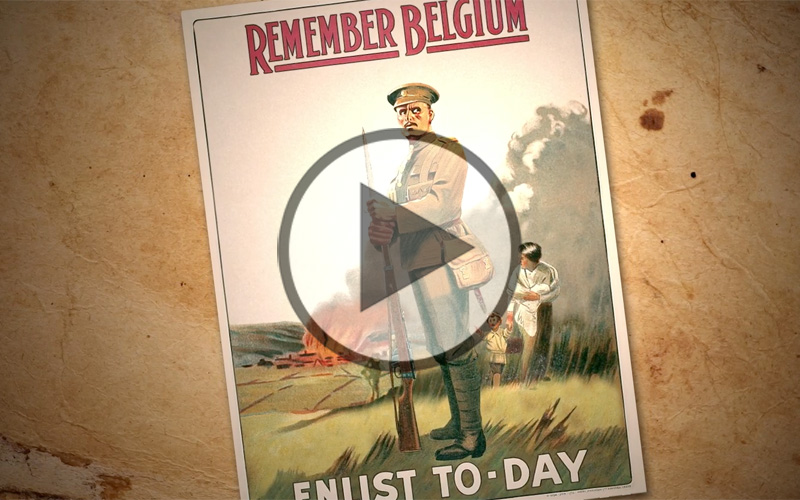 Interpreter: This is a Short Magazine Lee Enfield, or SMLE for short. This is a standard infantry rifle issued to every soldier in 1914. It’s a good rifle and in good hands it can be extremely effective.

Now, earlier versions of this SMLE would have had what’s called a cut-off. This will allow you to separate the rounds in the chamber. So you could load in your 10 rounds, close the cut-off, and then continue to load in singly. If you were to engage a mass target of German infantry, you would open the cut-off and you would be able to fire rapid.

The Enfield has got a maximum range of 2,000 yards, although if you can see a target at 2,000 – let alone hit it – then you’re a better man than I am. It’s got a killing zone range of 600 yards. Anything from there downwards is an effective range and can be very, very deadly indeed.

A trained-shot professional could get off 15 aimed rounds a minute, that’s a withering rate of fire.

The weight is quite important. It’s a heavy rifle, about 9lb in weight. So when you’re on marches, manoeuvres, you’ve got your sling.

If you’re unfortunate enough to have to engage Fritz up close and personal, you’ve got your bayonet – 17 inches of cold steel. It fixes on the rifle and allows you to engage the enemy.