How To Sell a War: Women of Britain Say, GO! 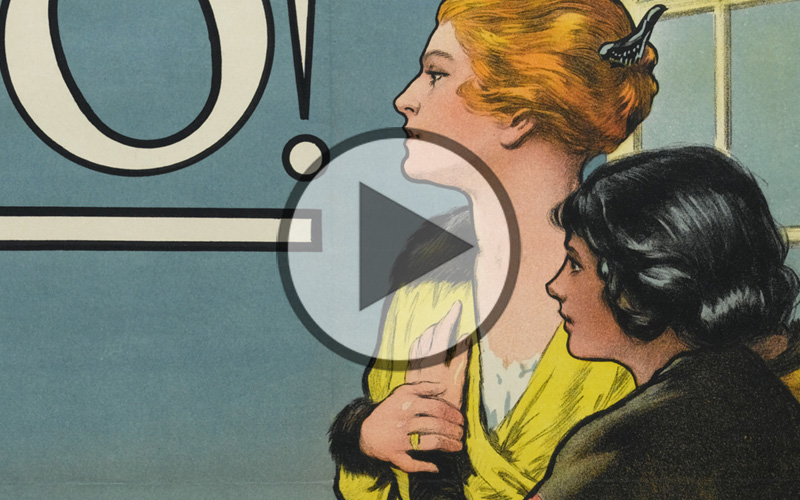 Rob Fleming: There were many different reasons why Britain joined in the fighting in the First World War, but one of the primary reasons was that Britain was a guarantee of Belgian neutrality. One of Germany’s war aims was to invade France by crossing through neutral Belgium, and this also saw them destroying several Belgian villages along the way. This resulted in large numbers of displaced Belgian citizens who ended up coming to the United Kingdom as refugees. The poster ‘Women of Britain Say, GO!’ references this by showing a British woman welcoming a Belgian refugee in to her house. In the background we see the British Expeditionary Force travelling off to France and Belgium to go and do the fighting.

David Bownes: This poster was designed by a commercial advertising agency more used to selling soap than war, and you can see that in the composition of it: the open window, the colour of the sky, and even the colour of the clothes. The poster was produced in early 1915 when voluntary recruitment started to decline after the initial euphoria of August 1914. And this is the first of a new type of posters that was using guilt as a motivator to encourage young men to enlist, in this case calling on their wives, sweethearts, sisters and mothers.

Farhan Urfi: What this poster does really well it identifies one of the major hurdles in terms of recruitment and that’s the family. The loyalty towards the family versus the loyalty towards the greater good. And if your mum, your wife, your daughter is saying “Go to war!”, how can you say no? It’s absolutely the right thing to do. Stylistically, this is much more elegant than some of the other posters and it’s very much targeted at a female audience.