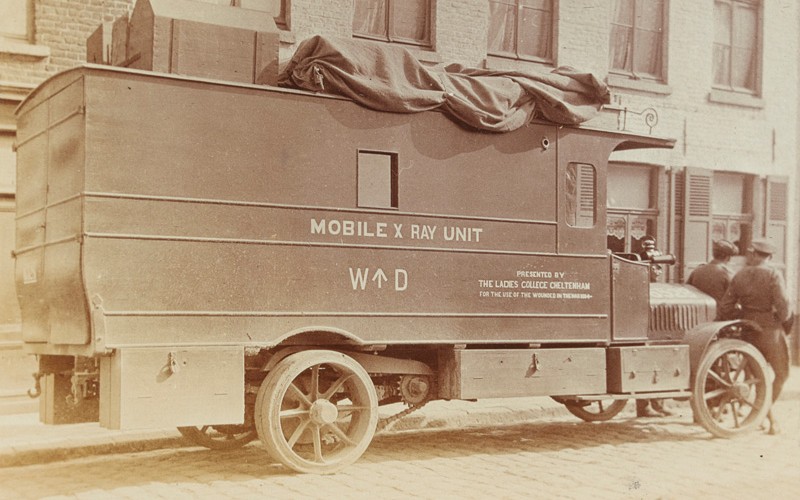 Inspired by Taylor Downing’s recent talk for the Museum, and to coincide with his new book, Secret Warriors: Key Scientists, Code-breakers and Propagandists of the Great War, we look at some of the scientific pioneers of the war-effort.

Before the First World War, research in science and technology for military ends had been comparatively limited. However, the outbreak of war sparked a new era, as professionals in physics, medicine and communications embarked on a fast-paced scientific endeavour that would change warfare forever.

Among the vast number of injuries that occurred during the First World War, shrapnel wounds were extremely difficult to treat, and often fatal as a result of infection. As the pieces of shrapnel were so small, surgeons did not know where to operate. However, Marie Curie, a Nobel Prize-winning chemist and physicist, came to the rescue.

Curie assisted the French Army by kitting out ambulances with x-ray equipment and training military doctors. On many occasions she even drove the vehicles to and from the front line herself. This meant that doctors could save the lives of thousands of soldiers, by locating and removing shrapnel before it poisoned the blood. Her work in radiography revolutionised medicine. 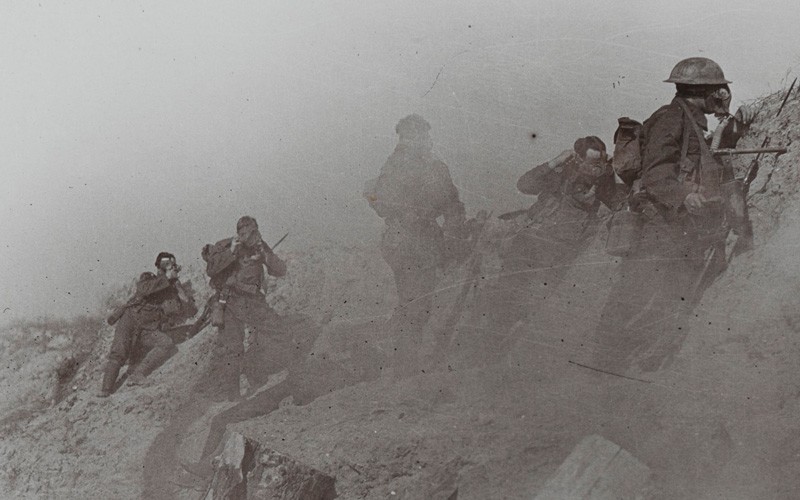 ‘Gas Alarm! Ready with respirators to repel a Hun attack under cover of the deadly cloud at Loos’, c1917

As well as advances that saved lives, the First World War also saw the dawn of chemical warfare. The German chemist Fritz Haber was a pioneer in the use of poisonous gas. On 22 April 1915, during the Second Battle of Ypres, a great yellow cloud descended on British, French, Algerian and Canadian soldiers. This was the first large-scale successful chemical weapon attack by German forces. They used 400 tonnes of chlorine gas, killing 6,000 soldiers.

The devastation and destruction of the war left many soldiers wounded and permanently disfigured. Harold Gillies, a member of the Royal Army Medical Corps, established the Queen’s Hospital at Sidcup devoted to the treatment of facial injuries sustained in battle. In a time before antibiotics, his pioneering reconstruction techniques paved the way for modern plastic surgery.

Discover more of the technological and scientific innovations of the First World War with our interactive timeline. 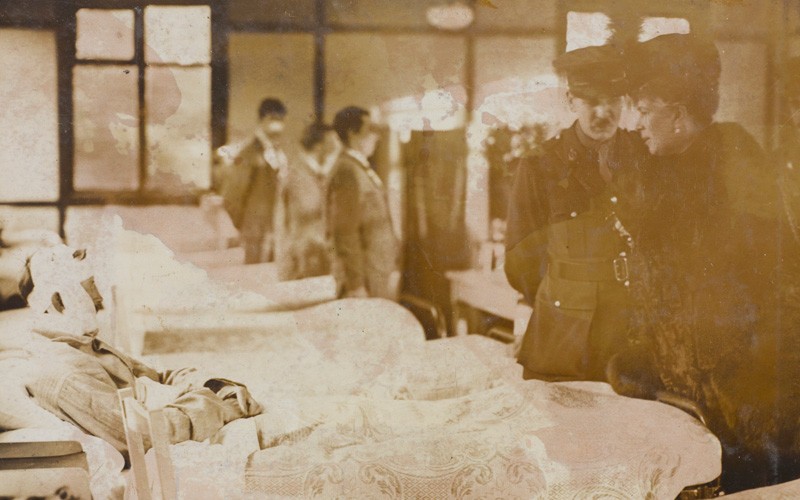 A Royal visit to the Queen’s Hospital for facial injuries, Sidcup, 1917