Christmas Greetings from the Front 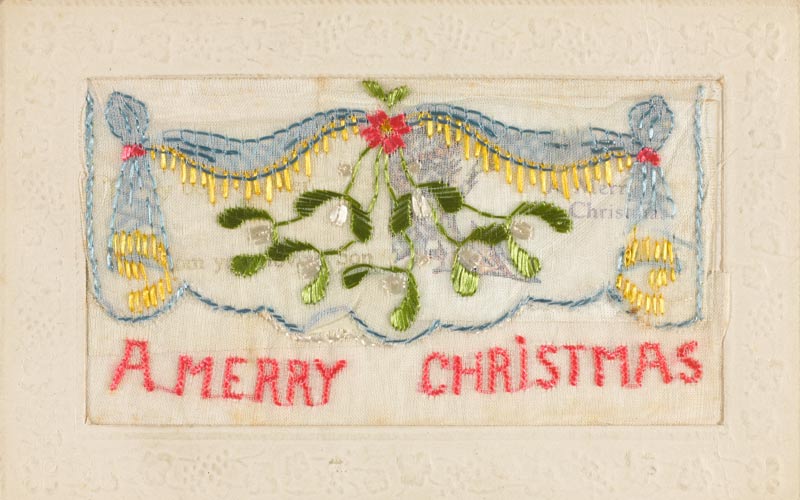 With thousands of men and women serving away from home during the First World War (1914-18), keeping in touch with loved ones at Christmas was especially important. Here are a few of our favourite festive cards showing how soldiers sent seasonal cheer back home.

From your loving son

Private Philip Poole sent the embroidered Christmas card above to his mother, Eliza. He was 20 years old at the time, undertaking logistical transport duties with the Army Service Corps on the Western Front.

Embroidered silk postcards were a popular keepsake from the trenches. Although crafted by out-of-work French civilians and refugees, their fine detail meant they were not cheap to buy. They were often highly decorative and displayed sentimental, patriotic or indeed Christmassy designs.

Some had a hidden pocket containing written notes. Philip’s message wished his mother a Merry Christmas, ‘From your loving son.’ 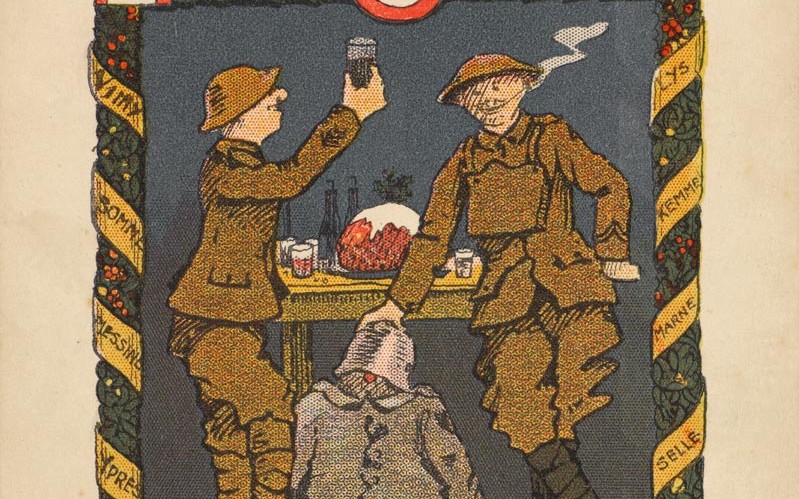 During the First World War many units decided to celebrate Christmas with a bit of regimental pride. Cards like this had existed before 1914, but the huge increase in men serving in the Army saw their popularity grow.

Some regimental cards parodied life in the front line, often using black humour to poke fun at the horrors of the trenches. This lighter-hearted example from the Royal Engineers shows two Tommies celebrating with a passed out German. It‘s also decorated with the battles and campaigns the unit took part in. 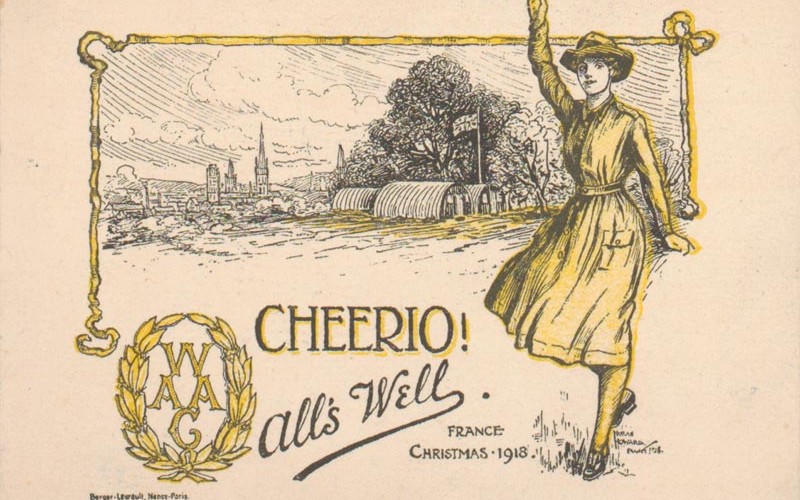 Women had served in France since the start of the war and helped to spread Christmas cheer in the trenches. Nurses would decorate their wards and lay on entertainment for their patients.

In December 1916 the novelist Hall Caine wrote a short book, ‘Our Girls: Their Work for the War Effort’, which praised the endeavours of women during the war, especially their efforts to bring festive cheer to the front.

The Women’s Army Auxiliary Corps (WAAC) was also established in December 1916. It led to more women taking up roles on the front in 1917 and 1918. As the example above shows, they too created their own regimental Christmas cards to send to their families back home. 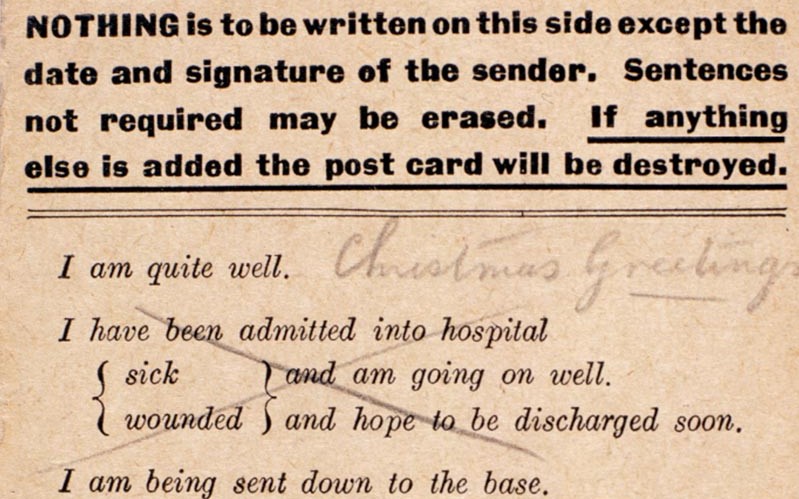 Field Service postcards were a free and quick way of sending a message home. Unlike traditional letters, they were not subject to censorship because soldiers were only permitted to delete the appropriate phrases, and sign and date the message.

Christmas messages were, however, permitted during the festive period. GH Minn sent this Field Service postcard from Gallipoli in 1915. It has the optional phrases crossed out, and ‘Christmas Greetings’ written at the top.

Although many soldiers felt that Field Service postcards were too impersonal, sending letters home still provided soldiers with a welcome distraction from the front. It created a sense of normality and familiarity, which was especially appreciated at Christmas.