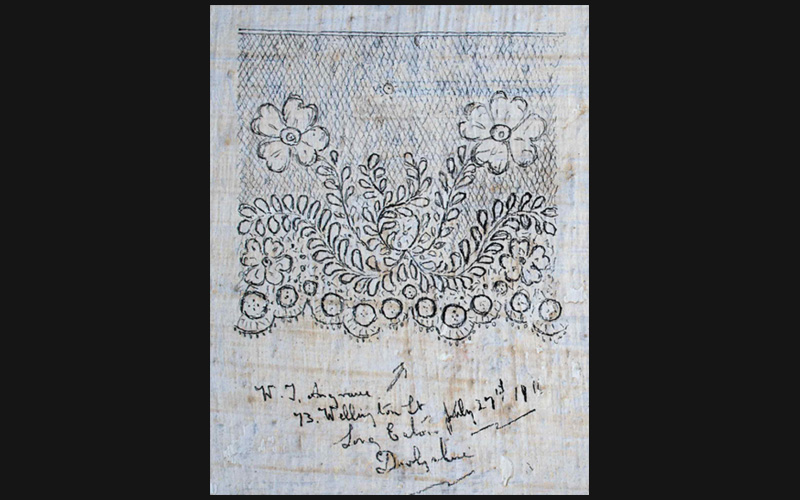 Ahead of his talk on 26 January 2017, English Heritage curator Kevin Booth explains the historical significance of graffiti left by convicted conscientious objectors of the First World War at Richmond Castle.

Written, drawn and scratched into the delicate lime-washed walls of the regimental cell block at Richmond Castle in Yorkshire are over 2,000 inscriptions created by hundreds of people during the 20th century. It is a record that proclaims religious and political zeal, regimental loyalties and friendships, loved ones and family members.

On the walls of the semi-dark and always cold cells lie bible quotations, verses from the socialist song ‘The Red Flag’, cherished places delicately re-worked from memory, a bottle of Bass ale carrying the assertion ‘beer is best’ alongside the more sober advice, ‘Left alone’.

At the heart of this remarkable layered commentary, and what makes the cell block graffiti an internationally important archive, are a few dozen inscriptions created between May and August 1916. These are the voices of conscientious objectors, members of the 2nd Northern Non-combatant Corps detained in the cells for refusing even the most basic of military orders.

Among them were men such as Clarence Hall, an International Bible student, Alfred Myres, ironstone worker from Cleveland, and Derbyshire socialist Richard Lewis Barry who left this self-penned aphorism:

‘You may just as well try drying a floor by throwing water on it, as try to end this war by fighting.’

As curator of this extraordinary archive I have been into the cell block dozens of times. Every visit I make leaves me feeling overwhelmed by the richness and variety of inscriptions, and the sense of whispered voices left by those intent on leaving their mark. Yet these are incredibly fragile surfaces, susceptible even to the humidity in my breath.

English Heritage, supported by the Heritage Lottery Fund, is now engaged on a major conservation project to safeguard the record for the future, and to research the spectrum of voices written on the cell walls.

My talk on 26 January 2017 will explore the context and emotions behind the cell block graffiti, looking closely at the men and women who created the record, and at the challenges faced in conserving this remarkable document.