Christmas Gifts on the Front Line 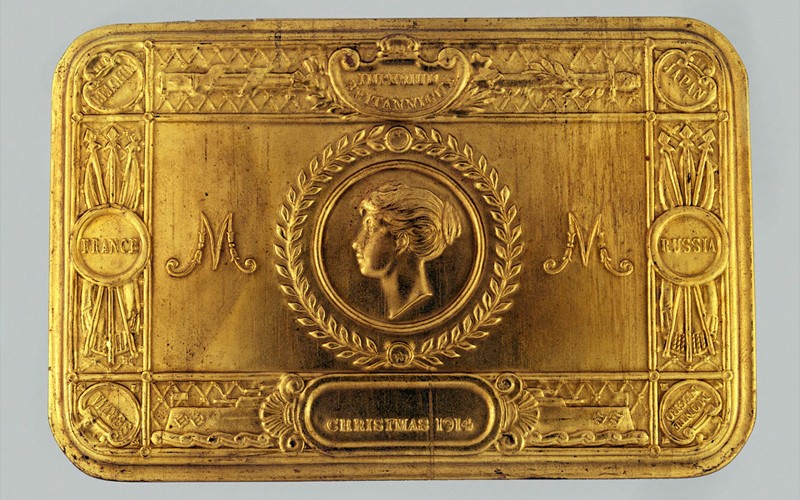 With the seasonal festivities upon us, we have searched our Collection for a story that reveals a little of what Christmas was like for those serving on the front line 100 years ago.

In 1914, Princess Mary, the daughter of King George V, decided that all front-line soldiers and sailors should receive a special Christmas treat. Aged just 17, she helped raise over £160,000 in a national appeal known as the ‘Sailors and Soldiers Christmas Fund’.

The appeal funded the production of Christmas gift tins, designed to lift the spirits and morale of servicemen amid the horrific events of the war. The shiny brass boxes were embossed with a portrait of Princess Mary and were inscribed ‘Christmas 1914’. They contained chocolate, tobacco, spices, a pencil and a Christmas card from Princess Mary and her father, the King. 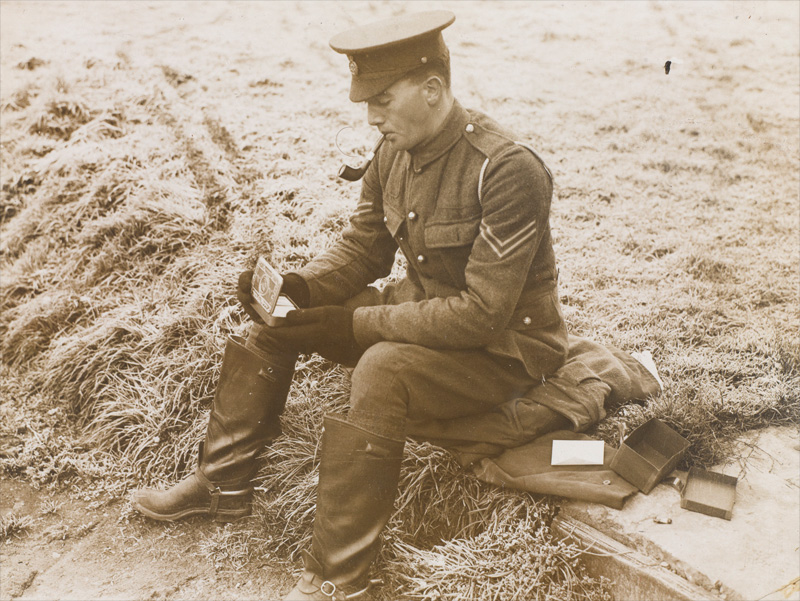 Originally, the ‘Sailors and Soldiers Christmas Fund’ was for front-line British, Colonial and Indian servicemen. To the Princess’s delight, the fund continued to grow, allowing her to expand its reach and supply gift tins to other soldiers and even nurses who contributed to the war effort.

Another source of Christmas gifts for servicemen was the Australian War Contingent Association. By July 1916 this London-based organisation had spent £15,000 on treats and supplies for Australian troops serving in England and at the front.

Many of the soldiers who fought in the First World War celebrated Christmas amid the devastation and chaos of the trenches. The gifts they received were small gestures of Christmas goodwill and thanks from the people at home they were fighting so bravely to protect. 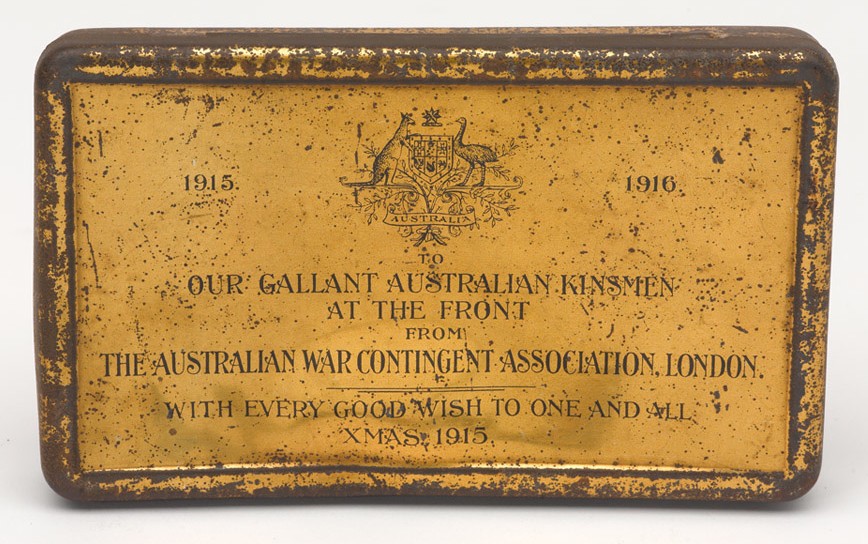