The First World War in Film 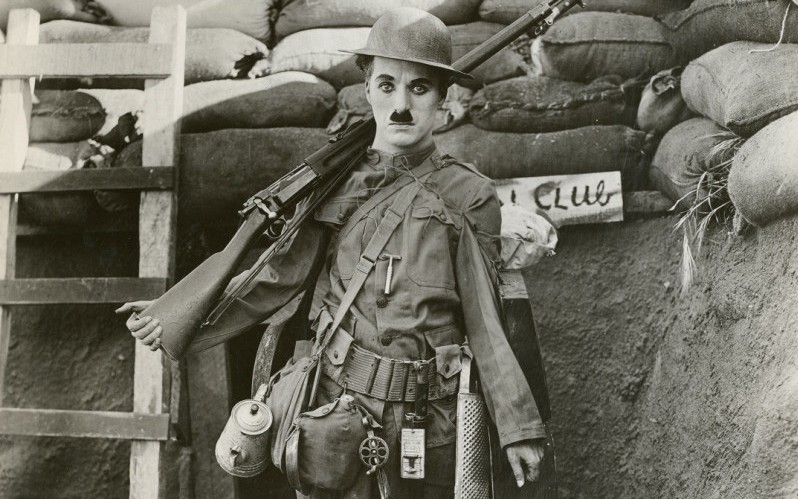 Charlie Chaplin in a promotional photograph for ‘Shoulder Arms’, 1918

Last weekend, we held a film festival in Folkestone, screening some of our favourite motion pictures inspired by the First World War. Here we take a look at a selection of lesser-known films set during the conflict.

The First World War sparks debate, evokes emotion and contains thousands of forgotten or little-known stories. Over the years, these have provided a wealth of content for film makers.

A genre of cinema not immediately associated with the War is comedy. Charlie Chaplin’s Shoulder Arms (1918) was the first major example of a First World War film designed to make people laugh. Despite the controversy over whether or not Chaplin was premature in releasing his film so soon after the events it depicted, it became a huge hit with audiences.

King and Country (1964) tackles the delicate topic of ‘shell shock’. A young soldier, the only survivor of his company, attempts to walk back to London from the Western Front. He is found by the military police a few hours later, and put on trial for desertion. Despite the unquestionable state of his sanity, the soldier is sentenced to death. It is a story that emphasises the lack of empathy and understanding of mental health within the Army during the First World War.

Another uncommon theme is portrayed in the children’s film, A Little Princess (1995). This takes the point of view of a motherless young girl whose father joins the war effort, leaving her alone at a boarding home. The film highlights the devastating effects the First World War had on families.

There have been hundreds of films created in the last century depicting many facets of the First World War. No doubt the conflict will continue to inspire and influence the next generation of film makers.

Do you have a favourite film inspired by the First World War?