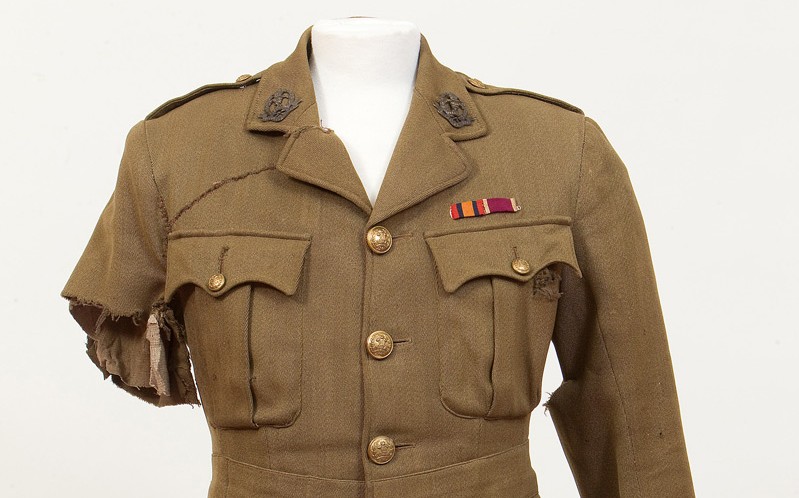 A recent National Army Museum event at which Professor Gary Sheffield presented The First World War in 100 Objects has inspired us to search our Collection for five iconic artefacts that evoke the conflict.

The service tunic pictured above belonged to Captain George Johnson, who was wounded on 1 July 1916 during the attack on Ovillers-La Boisselle on the opening day of the Battle of the Somme. Johnson was hit by machine-gun fire causing injuries to his chest, pelvis and forearm. You can see where the tunic has been cut away.

This iconic relic represents not only one of the bloodiest battles of the First World War, but also the bloodiest day for the British Army as it sustained around 60,000 casualties. 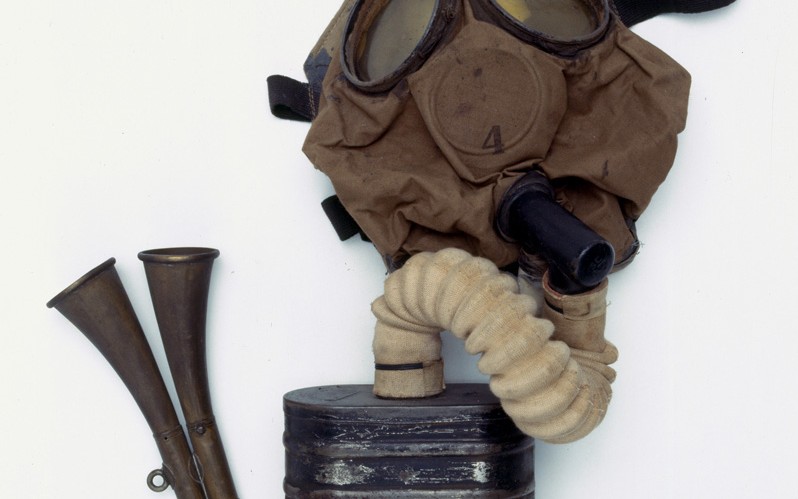 With the evolution of chemical warfare, gas masks and respirators became a necessity on the battlefields of the First World War. This 1916 respirator is one of the later models, with an unusual design. It continues to use khaki colours with padding around the face for comfort, a spring nose clip and a mouthpiece, from which a tube connects to the filter pack.

The development of this mask highlights not only scientific advancement throughout the war, but also the intensive use of gas weaponry. 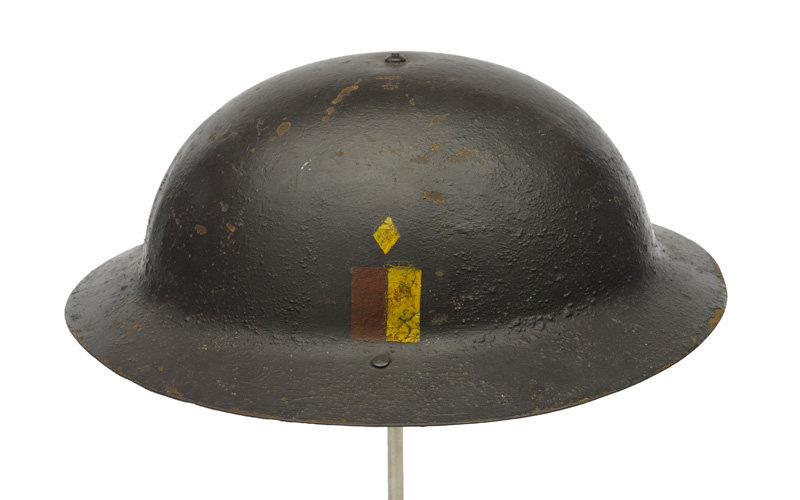 In early 1916, the first British steel helmet, commonly known as the ‘Brodie’ helmet, was introduced. It was eventually issued to every British and Commonwealth soldier serving on the front line.

Today, it serves to represent the unity displayed during the First World War. It is a helmet for one and all, worn by all ranks and by soldiers from all over the world. 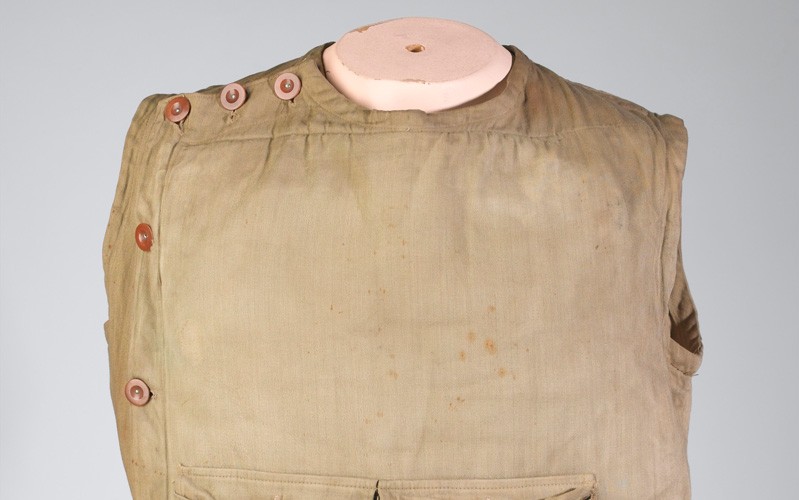 During the First World War, the number of deaths caused by bullets, shrapnel and flying debris prompted commercial companies to re-introduce body armour. Soldiers, or their anxious families, would purchase this armour themselves to take to the front.

This ‘Chemico’ body armour is essentially a prototype of the bulletproof vests used today. It consists of padding hardened with resinous material, covered in brown muslin with two pockets at the front. 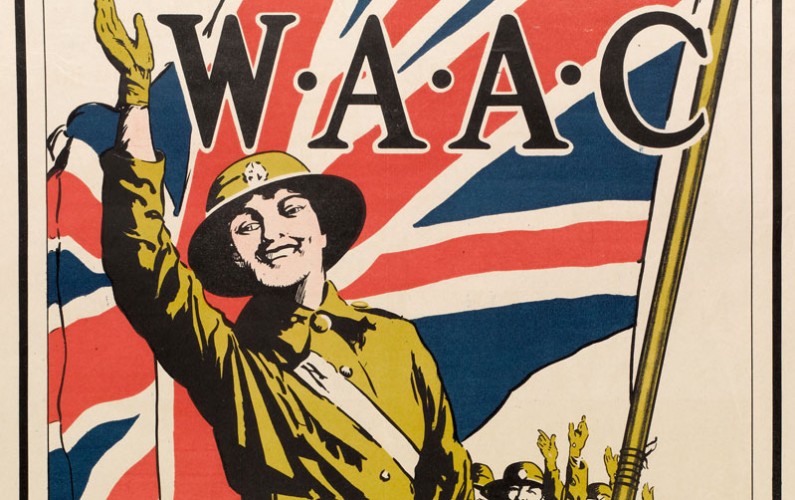 The First World War was a major catalyst in the development of equality for women, due to their huge contribution to the war effort. This recruitment poster shows women lining up to join the Women’s Army Auxiliary Corps (WAAC).

Women were desperately needed to fill men’s roles behind the lines so that the latter could be deployed to the front. This had a dramatic effect for women and contributed to the groundswell of opinion that eventually won them the right to vote.

There are many thousands of objects in the Museum’s Collection, each of which tells a different story or represents an alternate view. Search our Online Collection today and tell us your favourite.