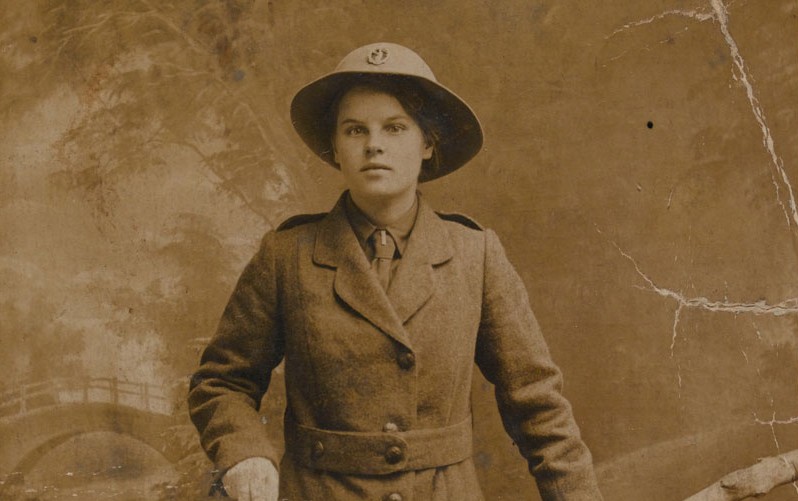 At our latest workshop in Folkestone, attendees brought along their First World War family treasures and gained expert insight on how to care for them effectively. Here we investigate how to look after two of the most common types of First World War relic.

Photographs provide a snapshot of a period in time, often making them the most important and precious heirloom to be inherited. By the time of the First World War, photography had become a popular hobby, which meant soldiers took their cameras to the battlefields. Although photography was not explicitly banned within the trenches, some officers frowned upon it.

Maintaining photographs is relatively easy. The main recommendation is to store them in a cool, dry place wrapped in acid-free paper to keep out the dust.

When touching photographs, it is best to wear cotton gloves as perspiration will cause discolouration over time. If you want to display your photographs, exhibit them in a glass-fronted frame and out of direct sunlight.

The photograph above of Margaret Caswell in her Women’s Legion uniform was taken in 1916 and shows some of the most common signs of damage. You can see bend marks and scratches in the top-right corner, which would have been caused by not being stored safely. 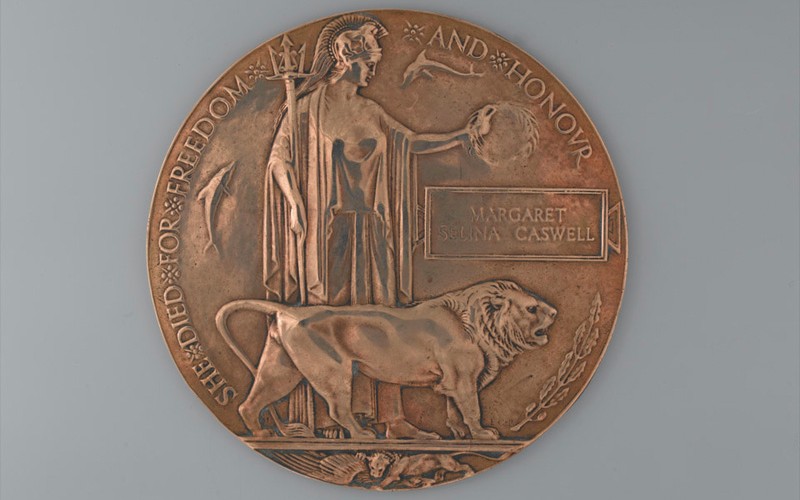 With around 16 million medals awarded during the First World War, many relatives of veterans would have inherited these precious heirlooms.

Although medals are made of a hard metal, they are still easily damaged. Continuous handling over a long period of time eventually grinds down the detail.

It is best to keep them stored in a cool dry place, and away from dust so they rarely need to be polished. If the medal does need polishing, it is recommended practice to use a cotton bud and silver cleaner (even if the medal is not silver).

This commemorative medallion was issued to Margaret Caswell’s next-of-kin, following her death in 1918 during an air raid on a camp in France. It is in relatively good condition. However, there is noticeable wear on the name plate and upon Britannia’s gown.