The Letters of Captain Maurice Asprey 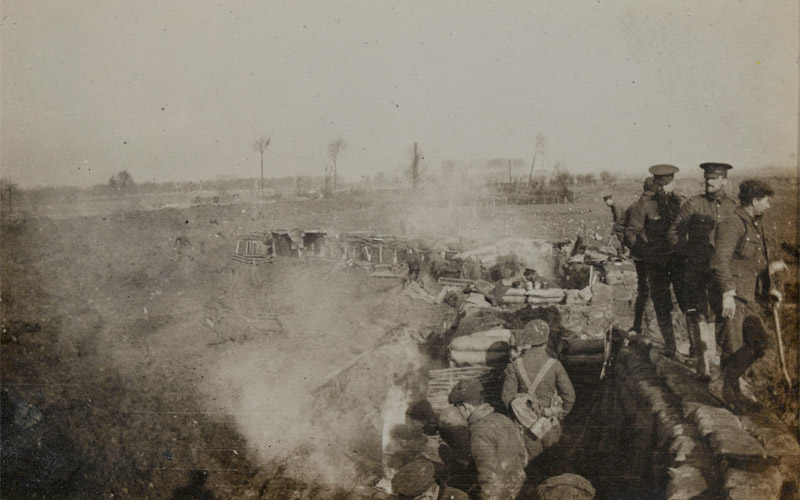 Fellow volunteer Chris Ward and myself had the pleasure of researching the story of Captain Asprey in order to create a learning resource that would enable teachers to share his experiences in the classroom. We digitised around 80 letters, as well as a small collection of his photographs, which cover the period from his embarkation in September 1914 to his death in northern France in the summer of 1916.

Transcribing the letters was not an easy task. Asprey had written on whatever came to hand: sometimes on proper notepaper, occasionally on Army forms, and also on postcards.

The style and legibility of the handwriting varied too, possibly because he was tired and exhausted, or was writing in the dim light of a dug-out. Similarly, he may have had to write in a hurry to catch the post, or maybe his hand was frozen in the cold.

At first glance, his letters appear fairly mundane, with not much going on. He sends requests for food, items of clothing, newspapers and magazines. However, on closer inspection, Asprey provides some remarkable insights.

There was the condition of the trenches: the mud, the rats and the mice. He commented on rodents leaping out of his sack of porridge oats in spite of it being tied to a post. ‘One can’t keep them out of anything,’ he complained. ‘Twice last night I was woken up by them running over me.’

Also notable was his changing perception of the War and its possible duration. In a letter written in late 1914, he speculated on a postponement of hostilities for the War’s first winter. However, in a subsequent letter, written in October 1915, he wrote of the marked improvements in his dug-out’s facilities – ‘proper bed, boarded floor, shelves, etc’ – and offered a rare look into the future: ‘Next year I suppose they will be papered and furnished by someone like Liberty’s.’

The sarcasm suggests that by this stage he saw little prospect of a quick end to the War. 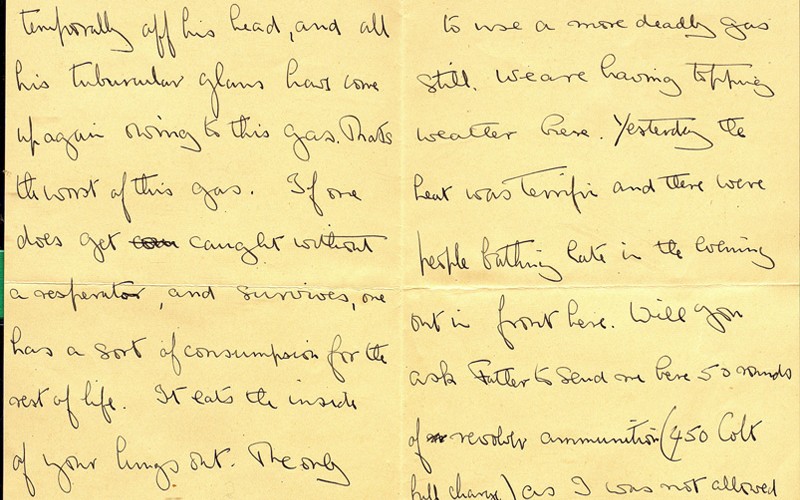 Letter from Asprey to his mother, on the effects of gas on fellow soldiers, 27 May 1915

In one remarkable passage he wrote graphically, and at some length, about the effects of a gas attack during the Second Battle of Ypres (April – May 1915). Writing to his mother, he describes a man being ‘temporarily off his head’ and the impact of gas upon its victims’ lungs and their prospects for survival.

We can well imagine his mother’s horror on receiving this description. And yet he finishes his account with a turn of phrase and mood we found utterly out of place: ‘We are having topping weather here.’

As time passed, these revelatory passages appeared more frequently, leading to a greater appreciation of his situation. Perhaps he was simply being more guarded in his earlier letters home. He may not have wished to upset his parents with the realities of war. But the real purpose was a practical, personal and psychological one for the immediate moment.

His final letter is dated 6 July 1916, five days after the commencement of the Battle of the Somme. In this last letter to his mother, Asprey concludes: ‘Must end now, as postman is waiting.’

Find out more about Captain Maurice Asprey and his personal experiences in the First World War with our fascinating learning resource.