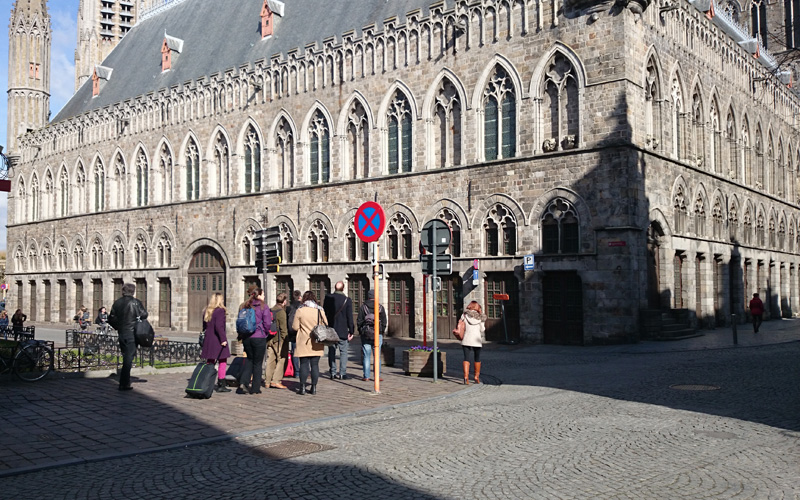 As First World War commemorations continue, a group of our curators travelled to Ypres to look at how the history of the conflict is being treated locally.

At the centre of the Belgian city of Ypres is the Cloth Hall, an extraordinary 14th-century building that was all but destroyed in the war and then painstakingly rebuilt afterwards. It houses the In Flanders Fields Museum, the first calling point of our trip.

The museum focuses on the human experience of the war – an interesting approach in which there are neither winners nor victorious nations. It gives a relentlessly grim story of the Western Front with a strongly pro-European message: that everyone suffered. Despite having worked with the stories of suffering and loss that are commonplace to military museums for nearly a decade, I found it very moving and even shocking in places.

That evening, we attended the Last Post ceremony at the Menin Gate – a colossal war memorial inscribed with the names of 55,000 British and Commonwealth soldiers killed in the war but with no known grave. For many of us it was deeply poignant; we looked for the names of relatives or soldiers we had come to know through the personal items we have in the Museum’s Collection. 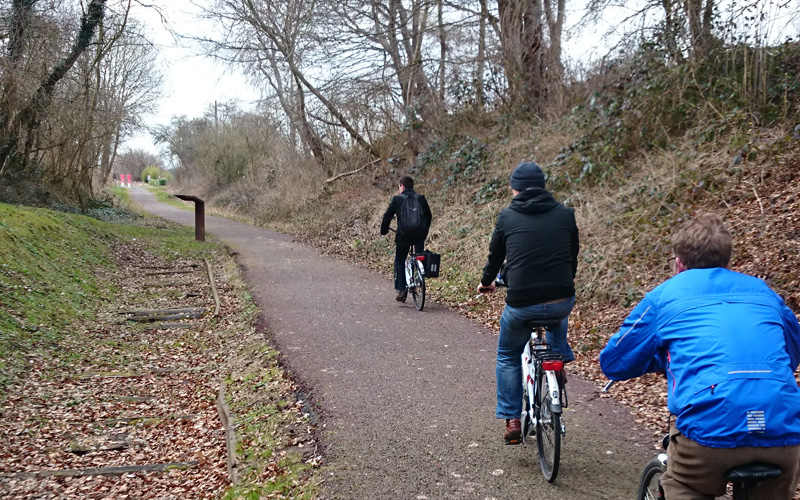 The next morning, a group of us cycled out from the town of Ypres towards Tyne Cot. This has the largest Commonwealth war cemetery, with nearly 12,000 soldiers buried or commemorated there, together with 35,000 soldiers with unknown graves named on the Tyne Cot Memorial.

Travelling by bicycle was surprisingly informative. It gave us an immediate sense of the contours up to the Passchendaele ridge, approached across what had appeared to be largely flat land. It felt like every place name we saw was the name of a battle. Standing in Tyne Cot cemetery, contemplating row upon row of grave markers, there was no escaping the scale of loss. It was a fitting reminder to us all of the ultimate sacrifice made by many soldiers.