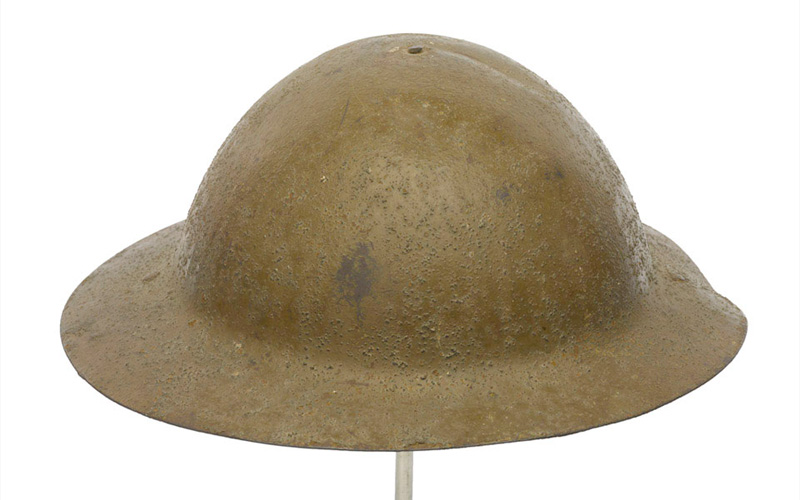 The ‘Brodie’ helmet was the first combat helmet distributed to all serving British and Commonwealth soldiers during the First World War. To mark the centenary of its adoption by the Army, we take a look at how the Brodie was deployed for service.

At the outbreak of the First World War, soldiers went into battle with non-metal headwear, which differed depending on where they were stationed. As head injuries from shrapnel and debris increased, a stronger and more resilient helmet became a necessity for soldiers in action.

The French Army was the first to employ metal headgear, producing a bowl-shaped steel piece that sat underneath a soldier’s cloth hat. These were known as ‘skullcaps’. After evaluating the design, the British War Office decided it was too complex to be swiftly distributed and didn’t offer enough protection.

In September 1915 a design patented by John Brodie was selected as the British Army’s standard head protection. The design meant the helmet could be cut from a single sheet of steel, and then pressed to form a ‘soup bowl’ shape. This made the helmet stronger, and easier to produce. 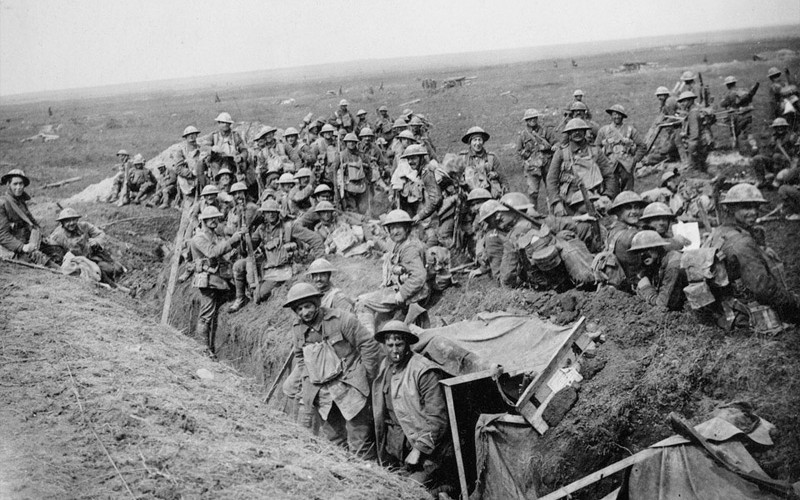 The Brodie design featured a brim 2in (5cm) wide, which protected the head and shoulders from above. It was made of ‘Hadfield steel’, which could withstand the impact of some shrapnel.

However, the design lacked protection to a soldier’s neck and lower head. It also reflected light which could betray field positions. As a result, the helmet was later modified to a light khaki green, and covered with sawdust and cork, giving it a dull and non-reflective surface.

The first one million Brodie helmets were distributed in the summer of 1916. It was the first helmet given to all serving soldiers in the British and Commonwealth armies, regardless of rank.