How Army Wives Coped with Loss During the First World War 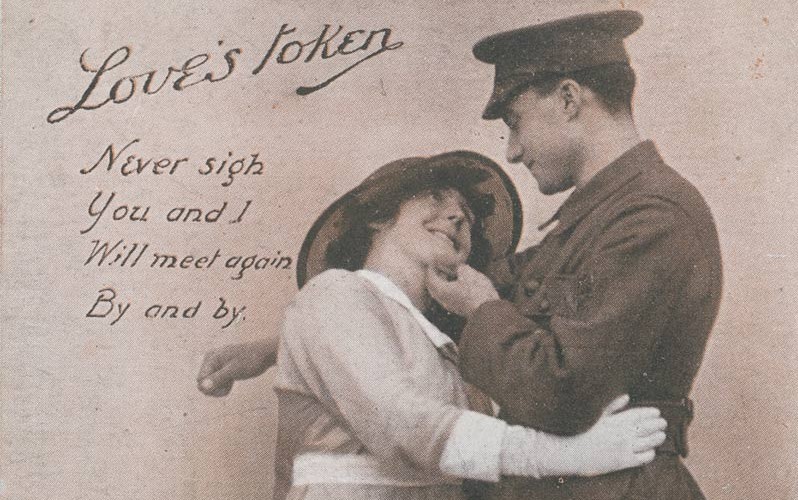 Ahead of her talk on 8 September 2016, author Midge Gillies explores the story of army wife Clare Sheridan and her use of spiritualism to cope with the loss of her husband.

For families in the First World War the industrial scale of killing meant that death was ever-present. Millions of people struggled to find ways of mourning a soldier who might not even have a grave.

Many families turned to the supernatural as a way of re-connecting with their loved one and by 1919 around 250,000 people in the UK were attending séances. In my new book, Army Wives, I describe the experience of Clare Sheridan, a sculptor and cousin of Winston Churchill, whose husband Wilfred, a captain in the Rifle Brigade, was killed in 1915.

Clare chose a ‘medium’ from a list she found in Raymond, Or Life and Death (1916) by Sir Oliver Lodge. The author, a former professor of physics at Birmingham University, embraced spiritualism after the death of his son. His book suggested that the millions who had died in the trenches lived on in a parallel plane and could be contacted by their loved ones. They continued to enjoy earthly pastimes, such as whisky and cigars.

Clare visited the medium over several years, convinced that she was chatting to her husband. The relationship came to an abrupt end, however, when she told him she planned to make a fresh start by moving the family to Turkey. He called her a ‘fool’ and she never visited again.

Families of professional soldiers had always been aware that they might die abroad. But the loved ones of conscripted soldiers found it difficult to adjust to the idea that their grave was a long way from home. Worse still, 300,000 British and Dominion casualties had no known resting place.

The Commonwealth War Graves Commission, established in 1917, began the task of identifying graves and registering those for whom no resting place was known. In June 1920 Thomas Cook offered tours of the Western Front and relatives had the chance to see where their husband, son or brother had fallen.

At home, the Tomb of the Unknown Warrior offered another way for families to find a focus for their grief. In 1920 the body of the anonymous soldier, picked at random from four men who had fallen in Arras, Ypres, Aisne and the Somme, was transported with the greatest pomp to its final resting place in Westminster Abbey. A thousand widows and mothers who had lost sons were given pride of place at the ceremony.

The loss of a soldier is as tragic today as in the First World War, but the modern army has found ways of supporting wives and families. The bereaved can turn to professional counsellors, and their loved ones are remembered in well-tended spots such as the National Memorial Arboretum in Staffordshire. Séances have lost their appeal but army wives still cling to superstitions in the hope of keeping their husbands safe.