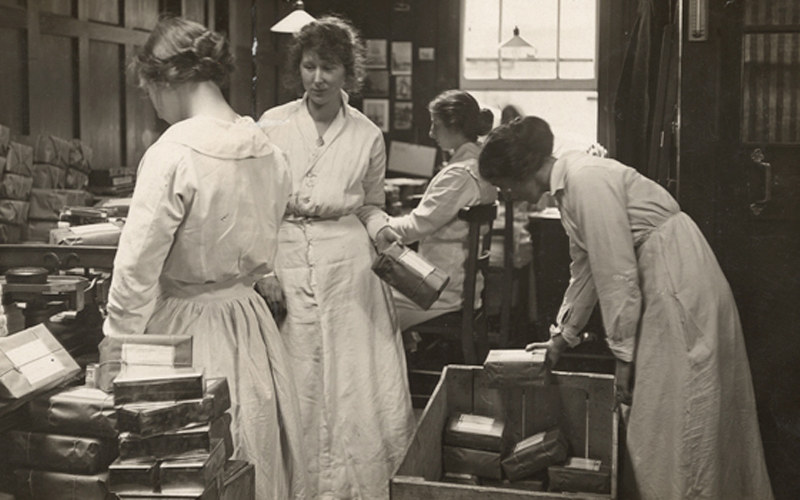 Ahead of her talk on 22 September 2016, historical biographer and novelist Fiona Joseph celebrates the unrecognised contribution of Cadbury women workers to the war effort on the Home Front.

In late December 1914 the ‘Birmingham Daily Mail’ newspaper ran a heartwarming story about a charitable gift supplied by the local chocolate company founded by Quaker brothers, Richard and George Cadbury.

‘Messrs. Cadbury, Bournville, have sent a box of chocolates to each of the wounded soldiers and sailors in British hospitals as a Christmas gift.’

The news story made great press for the company, and no doubt brought a little good cheer to a country already counting the horrific human cost of war. Behind this charitable gift was a logistical operation initiated and carried out by the female workers at Cadburys, who spent their break and lunchtimes parcelling chocolates and other ‘comforts’ such as knitted socks and vests to send out to servicemen at home and abroad.

I discovered these stories during my research at the Cadbury Archives at Bournville, in my home town of Birmingham. The archives house a rich collection of records and artefacts from the First World War period. For me, these discoveries really challenge the prevailing view of the ‘Cadbury Angels’ (as the female workers were often called) as wholesome, delicate creatures, whose working life at Cadbury was ultimately seen as preparation for marriage. 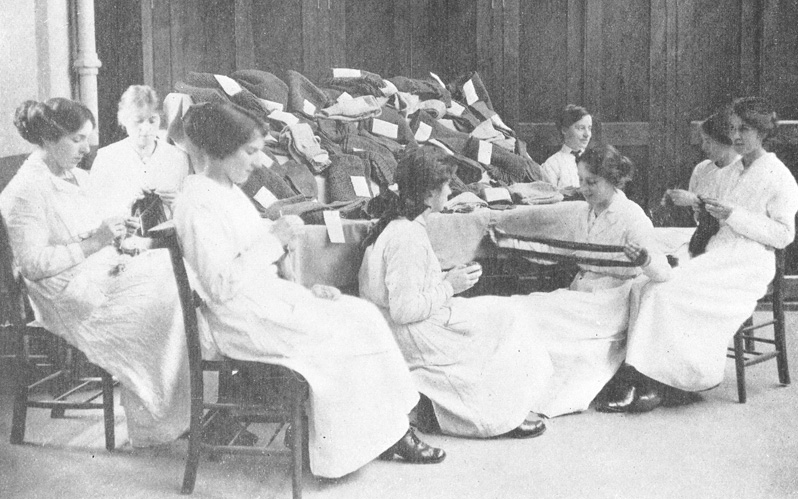 The stories buried in the archives revealed women who had guts, spirit and tremendous compassion, which expressed itself in practical action. It was these glimpses into the real women of Cadbury, and the way they began to win certain freedoms, that inspired my novel Comforts for the Troops.

In my talk for the National Army Museum, I will take the audience through a selection of these archives uncovering the phenomenal efforts of the factory women to alleviate some of the suffering experienced by the servicemen. I will also consider some of the pleasures and potential pitfalls of dealing with famous historical figures, like the Cadbury family, in a work of fiction.