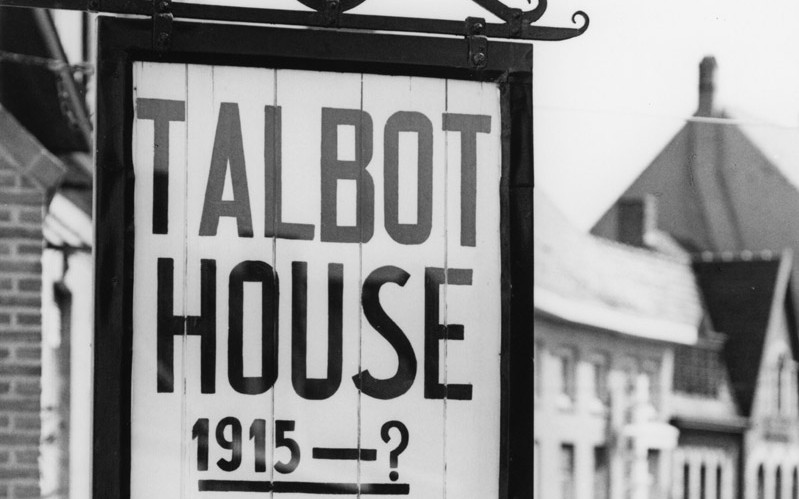 Ahead of our pop up Every Man’s Club on 19 November 2016, we explore the story of Talbot House – a place for soldiers of all ranks to escape the horrors of the front line during the First World War.

In December 1915, Army Chaplain Reverend Philip ‘Tubby’ Clayton founded Talbot House in the Belgian town of Poperinghe. It was one of many charitable establishments set up to provide welfare for soldiers serving abroad.

Clayton intended Talbot House to be a warm and friendly environment, where all soldiers – regardless of rank – could come and forget about the war raging around them, even if only for a short time. For this reason, it earned the nickname the ‘Every Man’s Club’.

‘Tubby’ posted humorous signs throughout the building, instructing soldiers that orders were prohibited. ‘All rank abandon ye who enter here’ was displayed on a sign above the door. In doing so, he created the first soldiers’ club where military and social status were irrelevant.

Talbot House provided soldiers with a place to relax, recharge and ultimately have some fun. Soldiers could enjoy a variety of entertainment, including musical performances, film showings and even partake in debates.

After the war, the spirit of Talbot House lived on. The Toc H movement – named after the army signalling code for the letters TH – grew into an international charity. The original Talbot House in Poperinghe is now a museum.