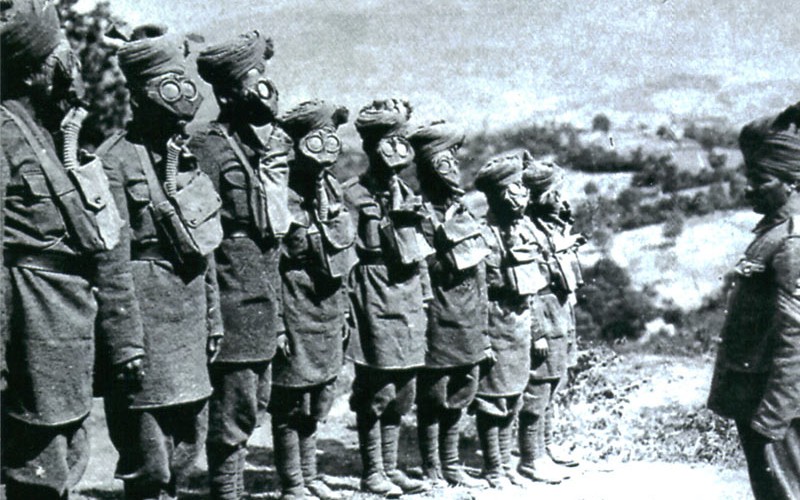 Indian soldiers on the Somme 1916

Shrabani Basu looks at the First World War through the eyes of Indian soldiers and demonstrates their huge contribution on the Western Front.

It was 11pm in London on 4 August 1914, when Britain entered the Great War. Four thousand miles away, the Indian Empire was sleeping. As dawn broke they realised that they too were at war.

It was a war not of their making, nor one they understood. Yet one and a half million Indian soldiers would cross the seas to fight for King and country. They would travel from remote hills and villages in India and Pakistan, to the cold and muddy trenches of the Western Front, only to be blown apart by shell fire and buried in rubble.

They faced Europe’s harsh winters, and German gas attacks, dressed only in their cotton khakis, with their turbans wrapped around their faces. Yet they fought with valour and courage, winning 11 Victoria Crosses and hundreds of gallantry medals. Over 72,000 died. Hundreds of thousands returned blind, injured and traumatised, unable to work on their fields again, their lives destroyed forever.

My talk will look at the war from the Indian point of view. From the documents that I have researched, I will describe what the soldiers felt about the War, what they wrote in letters back home, how they prayed, how they survived and what they ate.

I will look at how curries reached the front line for the first time and the cooks and cleaners who faced the bullets to get them there. I will look at how children as young as 10 went to the front. There are personal stories of gallantry where they saved their English officers, and stories of human camaraderie, not forgetting the stories of the women they left behind.

Finally, I’ll discuss how the experience of the war ultimately led to the call for Indian independence.