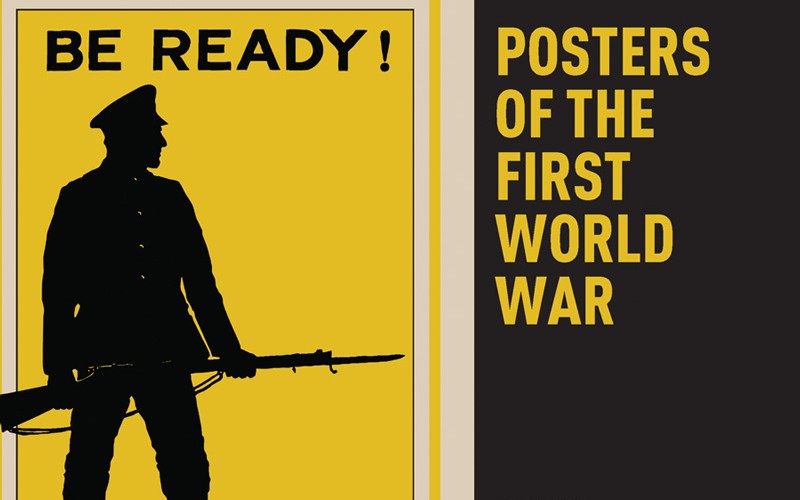 As the new National Army Museum publication Posters of the First World War goes on sale, we ask the authors about their favourite posters from the book.

David Bownes, Head of Collections here at NAM, sees his fascinating new book about First World War posters published this month, written in partnership with one of our curators Rob Fleming.

The First World War marked a new age in public communications and advertising, generating some of the most iconic imagery of the 20th century. Posters of the First World War presents brand new research, giving fresh insight into posters within the political and social context of the conflict.

Here, David and Rob give an insight into some of their favourite posters from the book.

Aid from dominion countries, such as Australia, Canada and New Zealand, proved to be fundamental to the war effort. The Empire Needs Men! portrays the evolving relationship between Britain and its dominions during the War.

Rob explains how the lion symbolises British power, whilst the lion cubs in the background represent the dominions who have been called to support Britain. 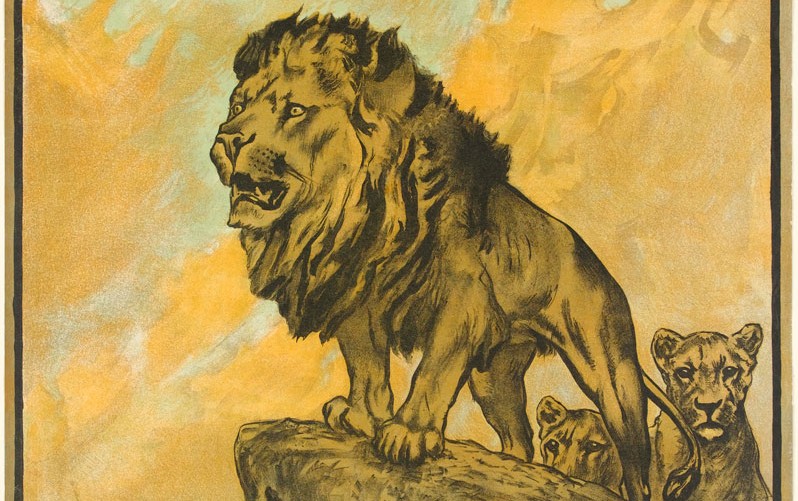 Are You In This?

David reveals how, as interest in recruiting diminished, the government grew increasingly anxious and resorted to using a combination of patriotism and guilt to encourage enlistment.

Designed by Sir Robert Baden-Powell, Are You In This? presents a cross-section of British society, brought together by their involvement in the war effort. A ‘slacker’ looks on from the shadows, portrayed as physically inferior to his male counterparts in the poster, as well as inadequate compared to the nurse, the Boy Scout and the munitions worker. This was an attempt to shame those not already involved in the war effort. 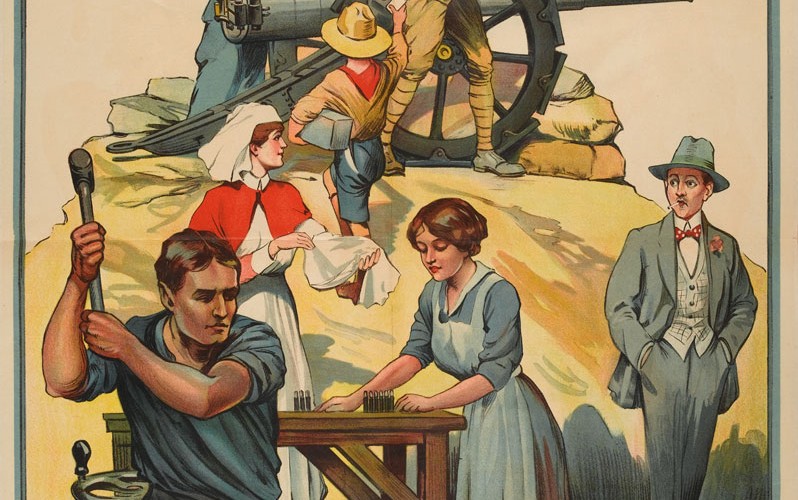 Every Fit Woman Can Release a Fit Man

David highlights that recruitment advertisements were not just aimed at men. War posters encouraged women to join the war effort with jobs including vehicle maintenance and engineering, as well as needlework.

Every Fit Woman Can Release a Fit Man presents a seemingly endless line of smiling women standing under the British flag to represent patriotism. Women’s involvement in the war effort gave higher status to female workers and helped to change attitudes to ‘women’s work’ after the War. 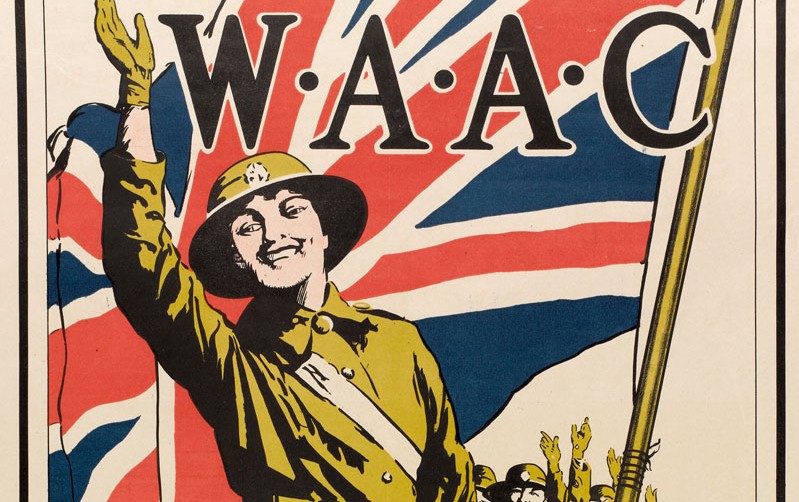 Rob explains how commercial providers took advantage of the occurrence of war. As officers were required to purchase their own uniform from private suppliers such as Studd and Millington, posters were used to attract sales.

The ‘Studington’ Military Kit provides a semi-abstract depiction of the War, where a well-dressed man occupies the foreground of the poster. In the background, the guns remind us that a war is taking place, but this is represented as a surreal aspect of war. Instead, we are encouraged to pay attention to the glamour of the war, which has been commercialised for the benefit of the tailors. 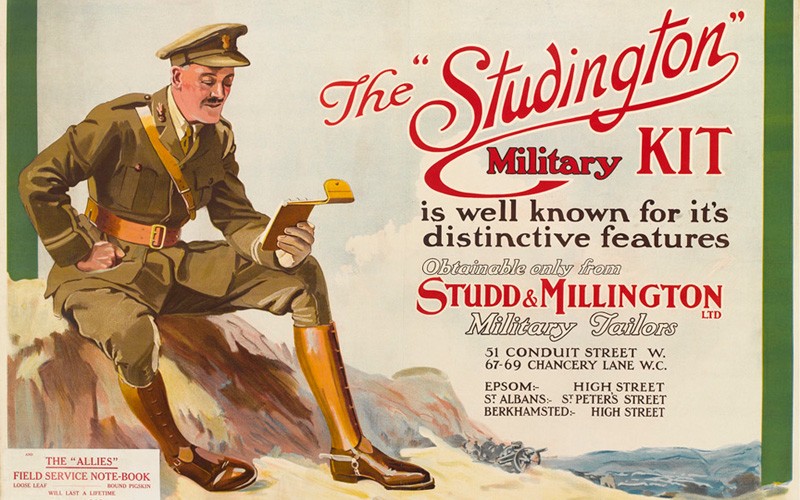 To discover more of these inspiring war posters, make sure you pick up a copy of Posters of the First World War, out on sale this month.