Communication on the Front Line 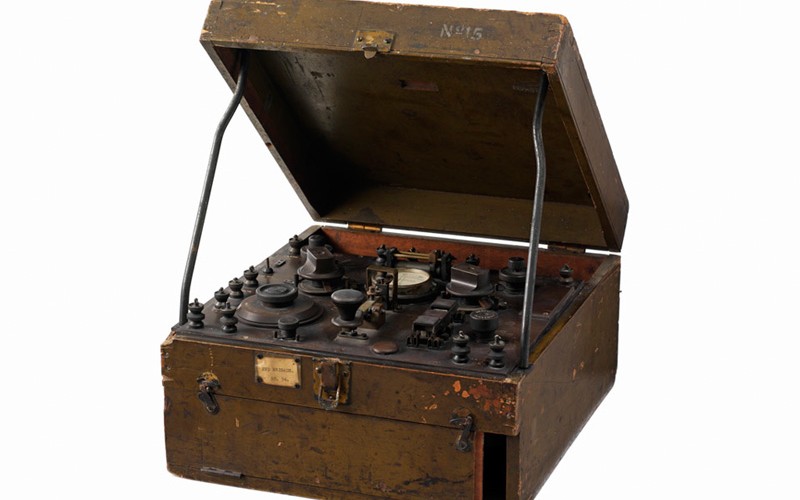 Fast, effective communication on the front line was vital during the First World War. Yet battlefields were treacherous and unpredictable, making consistent communication difficult. We explore how the Army kept its soldiers talking.

Amidst the chaos and confusion of battle in the First World War, consistent communication was vital. The safe delivery of a message from the front line to the rear could be the difference between victory and defeat, and save thousands of lives.

Dedicated teams managed to keep lines open in the toughest conditions. The Royal Engineers, for example, played a central role, as shown in our exhibition, Royal Engineers Go to War. 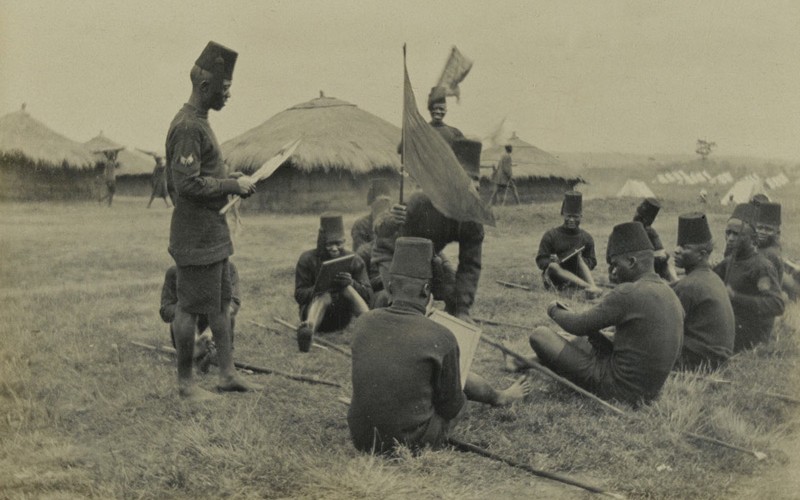 Soldiers of the King’s African Rifles undergo instruction in the use of signalling flags, 1916

Field telephones were widely used. Temporary cable systems were installed in the trenches, relaying messages from the front. They were, however, easily damaged by enemy fire and the Royal Engineers were called upon to repair cables daily to minimise disruption.

Telegraph lines also connected the rear areas of the front to the global communications network. This allowed messages to be sent across the world.

Flag signalling, also known as semaphore, was a tried-and-tested method, often used to relay particularly urgent messages to nearby positions. Flags were moved to a set of pre-established codes, with the most experienced semaphore operator able to impart twelve words a minute.

Heliographs were also used. This device used a mirror to reflect sunlight to a distant observer. By moving the mirror, flashes of light could be used to send Morse code. 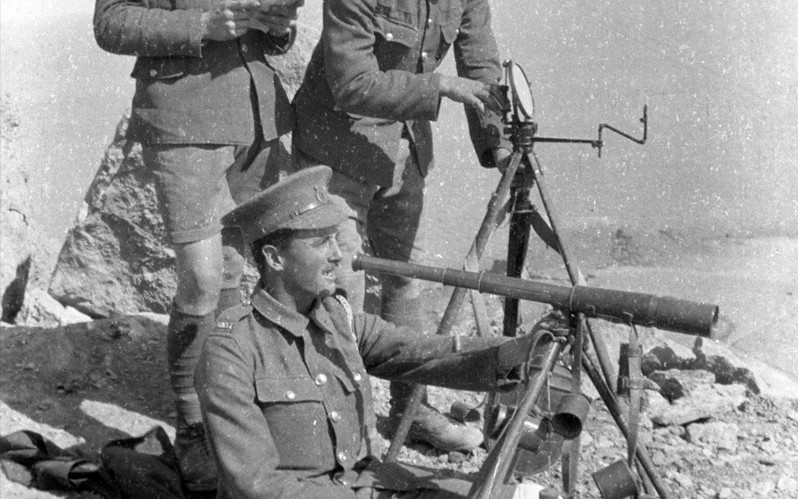 Technological advances of the early 20th century saw the introduction of the wireless transmitter to the Army’s communication techniques. Bulky, immobile and easily intercepted, they did not suit the conditions of the trenches. A lack of trained operatives also contributed to their limited use.

Wireless sets were often used in observation balloons and, later in the War, in aircraft. They proved an effective means of communicating enemy positions to the artillery.

In the face of such widespread destruction, sometimes the only way to communicate during battle was to send a runner – usually a young, fit soldier. A last resort after all other forms of contact had failed, risk of casualty was high and many lives and messages were lost when running through enemy territory.

Communication was an ongoing challenge throughout the conflict. The skill and bravery of those who worked to maintain it, such as the Royal Engineers, undoubtedly saved lives and helped strategists react to changing circumstances. The adaptations and techniques used proved to be a basis for military communication today.