The Uniform and Equipment of 1914 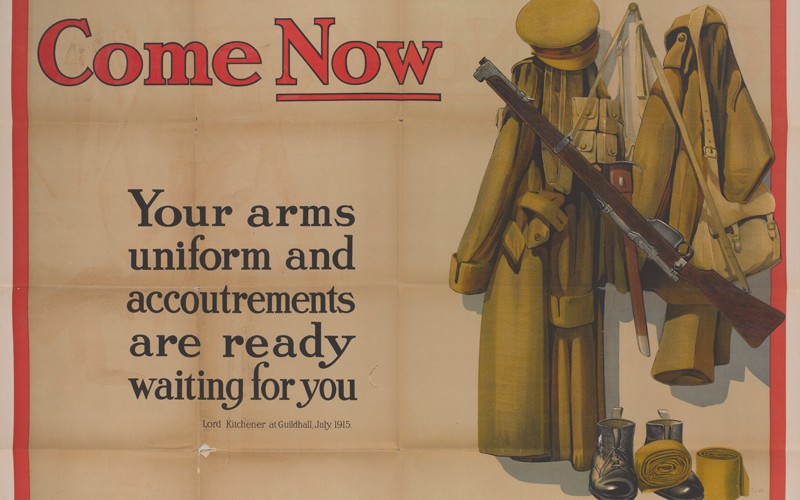 ‘Come Now, Your arms uniform and accoutrements are ready waiting for you, Be honest with yourself’, 1915

Providing warmth, camouflage and protection, good uniform and equipment were vital tools for soldiers in 1914. This week, we take a look at how the British Army kitted out its troops at the outbreak of war.

Picture a typical soldier’s uniform today, and the overriding theme is one of camouflage. However, clothing that blends in with a soldier’s surroundings is relatively new in the history of the British Army. Only in 1902 was the iconic red tunic finally abandoned in favour of dark khaki shades for all servicemen.

When the First World War broke out in 1914, Britain was the only country to send its troops to war in camouflage. Troops were issued with the 1902 Pattern Service Dress tunic and trousers, as well as kit such as webbing to help them carry their essentials easily. The jacket and trousers were made of thick wool, effective in the cold winter but stifling in the summer – not to mention itchy! 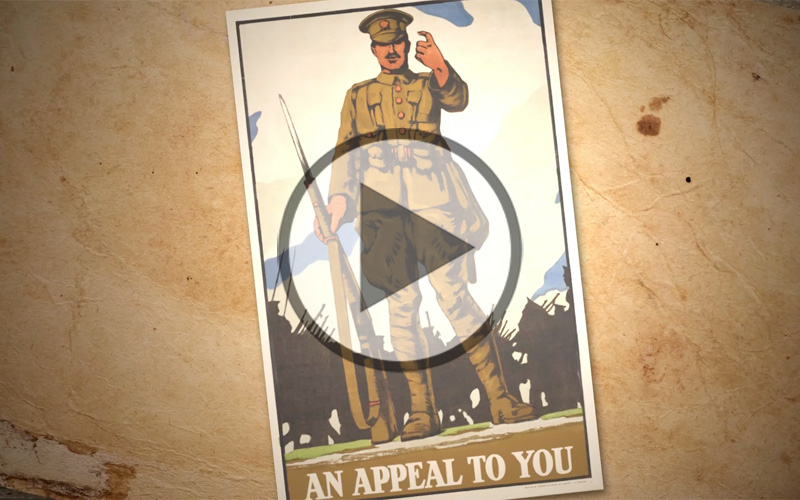 To provide support in the boggy and potholed terrain of the front line, puttees (literally ‘bandages’) were woven tightly around the calves and ankles, all the way to the knees. Designed to provide some waterproofing, in practice they made little impact as the conditions were so dire. As a result thousands of soldiers developed ‘trench foot’, a condition which caused swelling and sores to the feet, and in extreme cases, gangrene.

The British Army was also the first in Europe to use webbing, a woven cotton material that was more durable than its predecessor, leather. The 1908 Pattern Webbing was used to carry ammunition and personal possessions. It comprised a belt with attached pouches and a haversack. Webbing also provided a hands-free means of carrying essentials, such as water bottles, tools and wash kits. 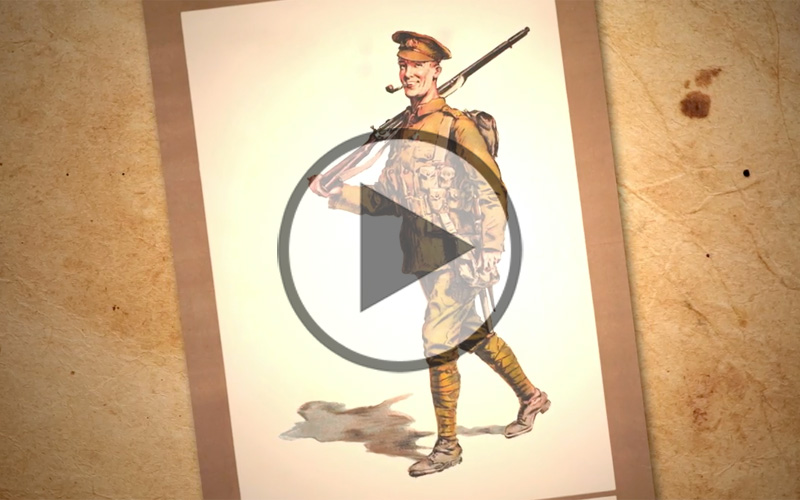 Finally, British Army boots were made of leather, with steel rivets to give extra protection and prevent the soles from wearing out. Boots were one of the only items that remained unchanged throughout the War.

Uniform and equipment were vital possessions for a solider at the outbreak the First World War and remain so today. From basic warmth and comfort to storing ammunition, soldiers relied heavily on their few possessions as a matter of sheer survival.