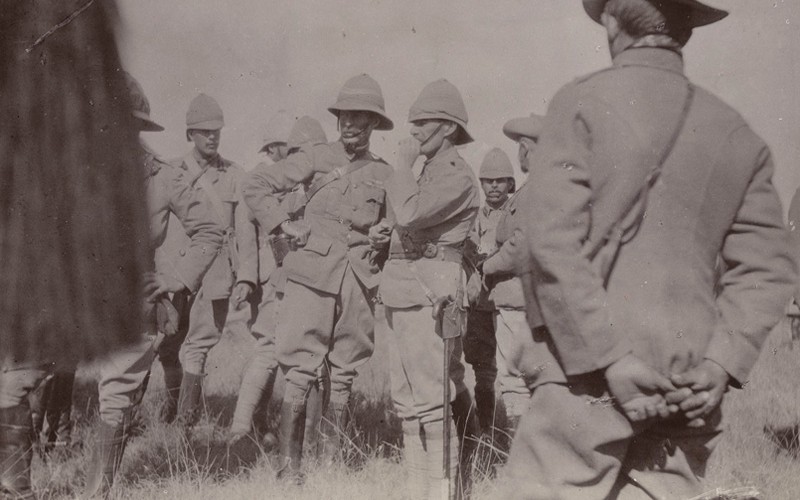 Who were the most influential British commanders of the early months of the First World War? Find out what some of our historians had to say. Do you agree?

Lieutenant-General Sir James Moncrieff Grierson was commander of II Corps of the British Expeditionary Force (BEF) when war broke out in 1914.

Already a proven commander, Grierson had a working knowledge of all arms and integrated warfare. He also had a solid understanding of the German forces, having been Military Attaché in Berlin.

Sir James died on 17 August 1914, just one day after arriving in France. The loss of his unique skills and knowledge had a profound impact on the conflict.

His battlefield knowledge and close relationship with Field Marshal Sir John French, Commander-in-Chief of the BEF, were irreplaceable. His ability to liaise closely with Britain’s French allies, especially important in the early stages of the war with such a small army to call on, was also sorely missed.

Early in the campaign, I Corps and II Corps were separated after coming under heavy pressure from the Germans. General Sir Horace was able to organise a hasty defence at Le Cateau.

The subsequent Battle of Le Cateau (26-27 August 1914) was an Allied success against superior numbers. This allowed the rest of the BEF to retreat without German interference for the next week, and was vital in moving British troops into more defensible positions.

Major-General Henry Wilson was Director of Military Operations at the outbreak of war in 1914. In this role, he literally wrote the book on how the BEF would mobilise.

Wilson’s francophilia arguably drove the BEF into an active role at the Battle of Mons (23 August 1914), where others might – and in some cases did – suggest keeping the BEF back in reserve to tip the balance later on.

Aware of the catastrophic impact it would have on relations with the French, Wilson also helped persuade Field Marshal Sir John French to stand and fight at the Battle of the Marne (5-12 September 1914). French seems to have suffered a temporary loss of nerve and had wanted to pull the BEF out of the line for a rest.

Anything you’d like to share? Let us know your thoughts on the most inspiring commanders of the First World War.