The Battle of the Somme: 100 Years On 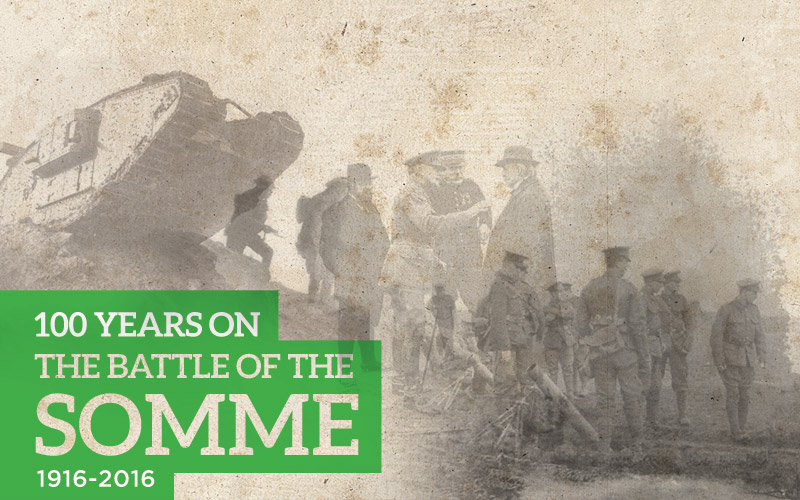 The Battle of the Somme began at 7.30am on 1 July 1916. By the end of the first day, the British Army had suffered nearly 60,000 casualties, 20,000 of them fatal. The battle lasted over four months. By October 1916, conscripts were fighting alongside volunteer soldiers. In total, more than 400,000 British Empire troops were injured or killed.

Create your own Somme display

To mark the centenary of the battle, the National Army Museum has produced four downloadable exhibition panels that highlight the role of volunteers and conscripts on the Somme.

You can help your local community explore the events of this epic battle by downloading our panels and creating your own commemorative Somme display.

There are three sizes available - small, medium and large - so you can pick the size most suited to the space where you will display the panels. You can also add your own stories by downloading our editable template file*. Please refer to the implementation instructions for details on how to use the downloadable files.

*Must have access to InDesign software to modify template files.