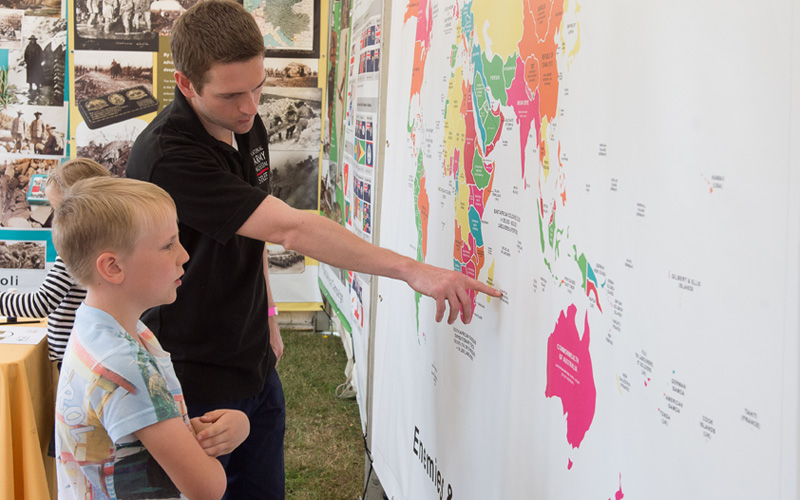 This summer the NAM’s Outreach team will explore the Commonwealth and Empire contribution to the First World War. We’ll be taking a family-friendly pop-up display to events across the country, bringing to life the often-forgotten stories of soldiers from far and wide.

At the beginning of the First World War, the British Army had only 140,000 soldiers ready for deployment out of a total of 730,000. Awaiting them on the Western Front was a German army of a million men, with 3 million more reserves.

However, with the largest empire in the world, Britain was able to call on soldiers across the globe to contribute to their war effort. Over 3.5 million servicemen and women joined from 60 countries outside Britain. The largest groups came from India, Canada, Australia, New Zealand, South Africa and Newfoundland.

To raise awareness of their contribution, we’re hitting the road with our Commonwealth & Empire pop-up display. An interactive map at the centre of the display shows the huge number of nations who took part. Visitors can mark their own family connections to countries on the map. Kids can also get creative with medal making and dressing-up.

The display explores the soldiers’ efforts in campaigns such as Gallipoli, East Africa, Palestine and the Western Front, where the threat they faced came not only from the enemy, but from harsh weather conditions, disease and parasites. Through a selection of photographs and objects, the display reflects the bravery of these Allied armies.