The Game Changer: Britain Introduces Tanks to the Battlefield 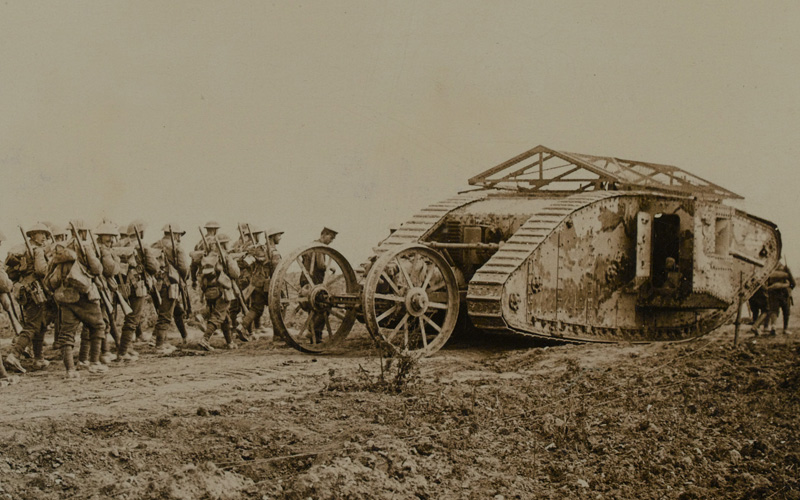 On the morning of 15 September 1916 during the Battle of the Somme, Britain unleashed on an unsuspecting enemy one of its most closely guarded secret weapons – the tank.

Following repeated Allied attempts to break through on the Western Front, the British Army resorted to developing mechanical solutions to overcome the inertia of trench warfare.

Lieutenant Colonel Ernest Swinton of the Royal Engineers believed an armoured vehicle could be the solution to the problem, but initially received little interest from the War Office. After he gained approval from several officers, including Sir Winston Churchill, the War Office was eventually persuaded.

The development of the tank was a closely guarded secret. Initially, they were called ‘Land Cruisers’ or ‘Land Destroyers’. However, it was felt this name was likely to give away the nature of the weapon to the enemy. On Christmas Eve 1915, the less obvious term ‘tank’ was coined, inspired by the idea of a box or container. More importantly, it could be easily remembered.

Many of the first prototypes didn’t meet the Army’s requirements. However, in January 1916 a new machine known as ‘Mother’ passed the first stages of testing. Intensive trials followed over the coming months.

The final weapon had caterpillar tracks inspired by farm tractors, giving it the ability to straddle over trenches. It was also covered with steel armour, and came complete with two cannons mounted on the sides. 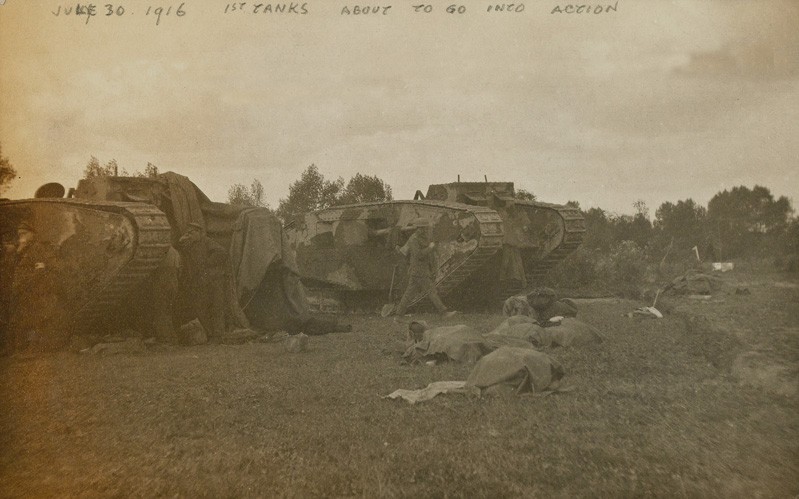 The first Mark I tanks arrived in June 1916. Soldiers recruited from across the Army were trained to operate them. The tanks required a team of eight men, taking on the roles of commander, driver, gunner and loader.

In mid-August 1916, the first group of tanks left Britain for France. Following their safe arrival, and after further training well behind enemy lines, it was decided that a force of 49 tanks would be sent into battle at Flers on 15 September 1916.

Unfortunately, most of the tanks didn’t make it into battle that day. Many broke down before even reaching the start line. Only 15 tanks made it out into no-man’s land, with only a few of these reaching enemy defences.

Tanks did, however, have a great impact. Some enemy troops were sent into shock after witnessing this new and monstrous weapon. The tank would, in time, change the nature of land warfare forever.