Commemorating the Somme: 100 Years On 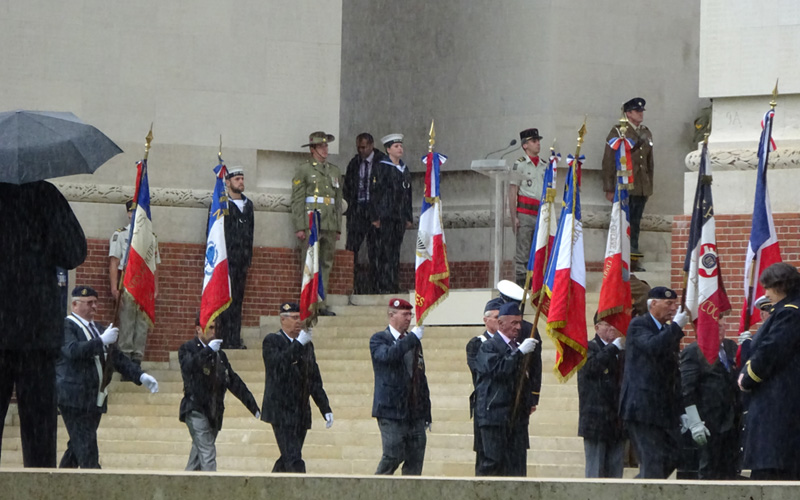 Thiepval Memorial to the Missing of the Somme, 1 July 2016

A small team from the Museum went to Thiepval in France to attend the official centenary event commemorating the Battle of the Somme. The ceremony saw 10,000 members of the public, dignitaries and military personnel from across Europe join together to remember those who served.

This aspect of the battle is well known. But the battle went on for another 141 days, and involved thousands of soldiers from not only Britain but also from across the Empire and Commonwealth. New tactics were tried, including the first use of tanks. By October 1916, conscripts were fighting alongside volunteer soldiers.

To support the commemorative activities, we took along our pop-up Somme exhibition, giving visitors the opportunity to explore the battle through collection objects and personal stories. This helped visitors to see beyond the casualty statistics and learn more about the people who fought there, both on 1 July 1916 and in the months that followed. At the same time, it was great to hear stories from people who had come to remember ancestors who had fought in the battle.

The commemoration event took place at the spectacular Thiepval Memorial to the Missing of the Somme. Designed by Sir Edwin Lutyens, it was completed in 1932. The walls are inscribed with the names of 72,000 soldiers from Britain and across the Empire and the Commonwealth, who were killed in the fighting but have no known grave.

The ceremony itself was very moving. There were readings from politicians, celebrities and serving soldiers from the armies who fought there – on both sides – reciting personal testimony from the time. It was a privilege to be a part of it.

It seems difficult to imagine that such a quiet corner of northern France could have been so different 100 years ago, but there are plenty of reminders of the terrible fighting that took place all along the Somme sector of the front. Even a century later, it’s important that the sacrifices of all those who fought aren’t forgotten.