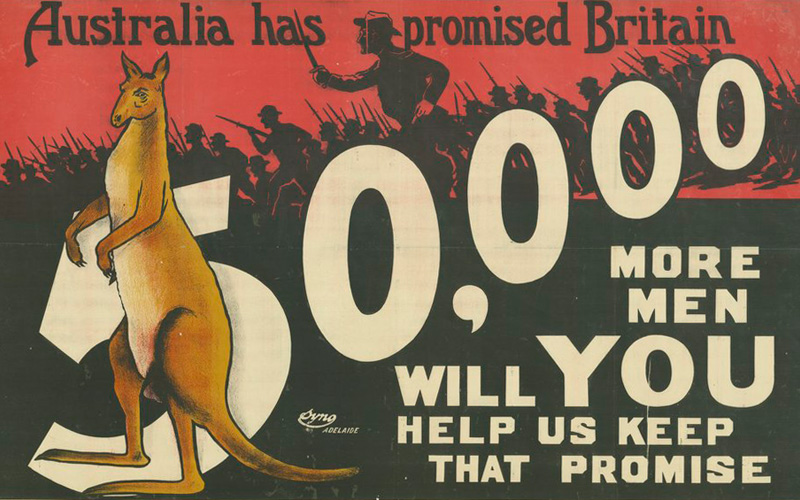 Image courtesy of the State Library of Victoria, Australia

Ahead of her talk on 8 September 2016, historian Jennifer McNeice gives an insight into the impact of military exemption courts on Australia’s decision not to implement conscription during the First World War.

Almost every Allied nation sent conscripted soldiers to the front during the First World War. So how did Australia rely entirely on a volunteer force?

Australia entered the war in the midst of a Federal election. Both sides pledged support for the war. The Opposition leader, Labor’s Andrew Fisher, said Australia would be in it ‘to our last man and our last shilling’. Labor won a majority in both houses in September 1914. Australians accepted his line. But they would not accept military conscription.

In Australia, conscription tore deep rifts through the community. Many diverse factors affected the debate, including political party dynamics, the Easter Rising in Dublin, women’s right to vote and the question of whether to apply the death penalty to Australian forces.

Existing legislation did not allow men to be conscripted to serve outside Australia, so a volunteer force was required. National folklore celebrates the eagerness of Australian volunteers, but it is rarely reported that approximately 45 per cent of eligible Australian men did not volunteer. 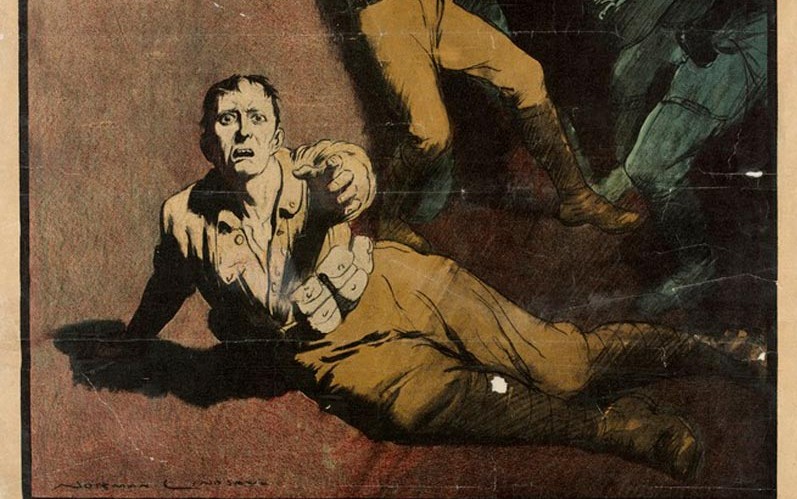 Image courtesy of the State Library of Victoria, Australia

More than 87,000 men actively sought exemption from military service through the military exemption courts. It is surprising that the exemption courts are so little known when one considers the impact they had on Australia’s 1916 conscription plebiscite.

Many court decisions seemed arbitrary and unfair. Two days before the plebiscite Vida Goldstein wrote in The Woman Voter: ‘The exemption courts are doing excellent work in the cause of Anti-conscription. It is safe to say that the treatment of applicants has secured thousands of “No” votes.’

Study of the military exemption court records reveals the effect the courts had on attitudes to conscription, and illuminated many personal stories and struggles within the bigger picture. Understanding the problems faced by exemption applicants, highlights the scale of sacrifice made by volunteers.

I look forward to discussing the national context of Australia’s military exemption courts and sharing some of the individual stories within the court records, at the Daytime Talk on 8 September 2016.